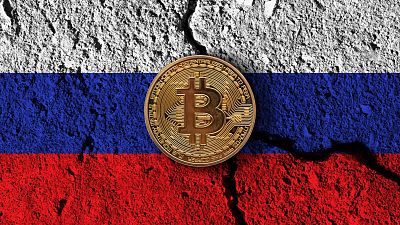 Russia’s government and its central bank have reached an agreement on how to regulate cryptocurrencies, according to a statement released by the government.

The agreement comes after the Bank of Russia last month proposed banning Bitcoin miners and other crypto operations because of concerns it may cause financial instability, citizens well-being, and its monetary policy sovereignty.

Russia’s government and central bank are now working on a draft law that will define crypto as an “analogue of currencies” and not digital financial assets. The draft law is reportedly set to be launched on February 18.

The news outlet Kommersant noted that crypto’s use as a currency must follow identity checks done through a “digital currency exchange organiser,” i.e. a bank or licensed intermediaries.

Operations exceeding R600,000 (almost €7,000) must be declared, otherwise, it may be considered a criminal act. Those who also accept cryptocurrencies as payment will also incur fines, according to the document.

“The implementation of the concept will ensure the creation of the necessary regulatory framework, will bring the digital currency industry out of the shadows and create the possibility of legal business activities,” the statement read.

In January, Russian President Vladimir Putin asked for a consensus to be found between the government and the central bank after the Bank of Russia’s proposed crypto ban.

Putin acknowledged "certain risks" associated with cryptocurrencies, such as volatility, but also said there are "competitive advantages" in crypto mining but said he also saw advantages.

"The central bank does not stand in our way of technical progress and is making the necessary efforts to introduce the latest technologies in this area of ​​activity," Putin told Russia’s Federal Assembly.

With its cheap electricity, Russia is the third-largest country in the world for crypto mining, according to the Cambridge Bitcoin Electricity Consumption Index.

Tech this week: California sues Tesla over claims of racism at factory