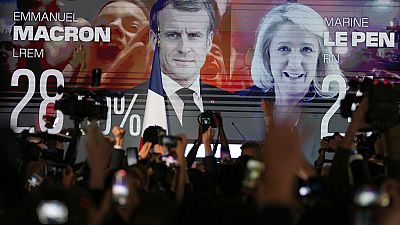 The French tech scene is proving to be a key battleground in the upcoming second round of the country’s presidential election, which sees far-right candidate Marine Le Pen face off with centre-right incumbent President Emmanuel Macron on Sunday.

The French tech ecosystem ranks third in Europe in terms of fundraising behind the United Kingdom and Germany, so the presidential hopefuls must get it right in order to continue the cycle of growth.

Le Pen will have a tough time convincing the tech elite following Macron’s success. France’s stable of unicorns - companies worth €1 billion in market value - is growing. The country announced the country’s 25th unicorn in January 2022, three years ahead of Macron’s schedule.

The incumbent has made only a few new policy changes to his manifesto for tech and digital compared to his proposals during the 2017 election. His new proposals for 2022 focus on digital education and cybersecurity.

Here’s how the two manifestos for digital, tech and social media compare.

“We have some concerns about migration policy.. having a closed border policy for immigration is quite worrying”.

Le Pen also wants only French and European operators to host data and public services companies, which presents a massive challenge as there is currently no European alternative to the services developed by American giants, meaning data centres would have to be constructed.

The National Rally leader is also advocating taking control of foreign investment in France, which would prohibit foreign or non-European companies from buying up French businesses and start-ups.

Macron, on the other hand, is looking at a more European first agenda as he wants to create European autonomy by building the bloc’s own cloud. He also wants Europe to build its own metaverse, to compete with the likes of Meta, formerly known as Facebook.

However, he has revised his “Buy European Act,” which was part of his 2017 campaign pledge, and in his 2022 manifestos said he would “revise the State’s purchasing policy” so that the main objective is to buy local rather than cheaper “to develop innovation and French industries”.

Whoever is elected will be in charge of implementing the European Commission’s Digital Markets Act (DMA), an EU bill that aims to prevent large companies, mainly GAFAM (Google, Apple, Facebook, Amazon and Microsoft) from abusing their market power and by allowing new European companies to enter the market.

Macron has placed importance on training and announced plans to educate one million people in the “professions of the future,” which includes artificial intelligence (AI), the energy transition and robotics.

He also wants to train 400,000 people in computer engineering over the next five years and says he wants schools to teach children how to code from the age of 10.

Macron has also proposed recruiting 20,000 people to help bridge the digital divide and give support to those who need help in mastering digital tools.

Le Pen has announced a “training cheque” for companies that employ young people on a work-study contract or apprenticeship. It will amount to €5,000 to €6,000 per year for a high-school student and around €8,500.

One of the biggest issues France’s start-ups face is recruiting and keeping talent.

Le Pen wants to “keep young people in France” to create businesses in the country. She plans to encourage them to stay by exempting young entrepreneurs under 30 from corporate tax for the first five years to prevent them from going abroad after their studies.

Macron, on the other hand, is welcoming non-EU entrepreneurs and investors to come to France.

In 2021, he launched the French Tech Visa, which is a fast-tracked scheme for non-EU start-up employees founders and investors to obtain a residence permit in France.

“There is an urgent need today to be able to attract talent,” she told Euronews Next, adding diversity is a real wealth of power and growth for companies.

While France Digitale is apolitical, the group fears a stricter immigration policy under Le Pen.

“We have some concerns about migration policy. When you read Marine Le Pen's programme on digital, it is more extensive than five years ago and we feel that there has been progress,” Noël said.

“But there are certain subjects that concern us and having a closed border policy for immigration is quite worrying”.

Noël also warned against policies that go completely against foreign investment in France as it would “really risk slowing down France’s ecosystem and would be harmful”.

“Even if French start-ups have had good years and shown we are capable of attracting a lot of capital, we have to be able to continue,” she said.

“To scale start-ups, we must always continue to invest and we don't necessarily always have the capital to do it in Europe. It is important if we want to continue to accelerate to attract foreign capital while there is strategic control”.

Le Pen has promised to end the “censorship” of social media companies, such as Facebook and Twitter which have closed accounts for violating their rules. She argues it should be up to the courts to decide if they close an account or not.

If social media giants like Facebook fail to comply with her demands, Le Pen said she will not hesitate to “have a free and open public social network established and managed”.

Macron has gone down a different path on social media and said he wants to fight cyberbullying. He has proposed more parental controls with the objective of limiting access to social media for children.

Since Russia’s invasion of Ukraine in February and the slew of cyberattacks on both sides, it comes as little surprise that both the Macron and Le Pen camps are ramping up efforts for cyber defence.

Le Pen has made cybersecurity a chief pledge and said she will establish a major programming law for security and justice. She also wants the creation of a “digital commandos” team, who would react in case of a cyberattack.

Macron said to strengthen France’s cyber defence capabilities, €1.6 billion will be allocated between 2019 and 2025. He too is advocating for more cyber combatants and will recruit 1,900 extra personnel by 2025.

Tech and the environment - the missing link

While the Le Pen and Macron camps have highlighted plans for the environment, neither of them have mentioned how tech companies can build a greener future.

“In both cases today, in relation to digital, there is not too much vision on the link between digital and the environment and that's a bit of a shame,” Noël said.

"While we speak of the need for funding and talent start-ups also need customers. We are convinced that digital actors have a huge role to play in the green transition because it is also something that our ecosystem pushes enormously due to this ability to have the public as a customer".