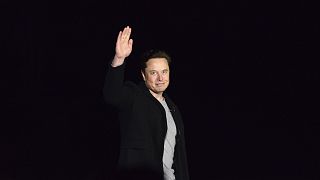 Many investors, analysts and investment bankers expect Twitter Inc's board of directors to reject Elon Musk's $43 billion (€39.9 billion) acquisition offer in the coming days as inadequate, but how would the social media company then proceed?

Twitter shares dropped on Thursday after Musk unveiled his offer, as the market deemed it too low and too thin on financing details.

Twitter's board is currently evaluating the bid and many investors and analysts say that rejection is likely, barring any changes to the offer from Musk.

Here are some options available to Twitter's board should it decide to turn down Musk's offer.

Twitter's board may decide not to engage in sale talks with Musk and instead give more time to its new Chief Executive Parag Agrawal to meet the company's operational targets.

The board adopted a one-year poison pill last week that prevents Musk from owning more than 15 per cent of the company without its consent, winning itself some time.

It also faces no short-term challenge because the deadline for investors to put forward their own board nominees at its annual shareholder meeting in May passed without any rival slate filed.

Agrawal, previously Twitter's chief technology officer, succeeded Jack Dorsey at the helm of the company at the end of November.

Agrawal said in February that he was sticking with the ambitious revenue and user growth goals that the company announced last year, despite investor skepticism that has weighed on Twitter's shares.

Those goals include reaching 315 million average 'monetisable' daily active users - registered users that see ads on the platform - and generating at least $7.5 billion (€6.9 billion) of annual revenue by the end of 2023.

Musk has given conflicting signals on what he would do if his bid fails. He said last week that he would reconsider his position as Twitter's shareholder if his offer is rejected.

This could indicate that Musk would then sell his more than 9 per cent stake in Twitter and walk away. However, Musk also tweeted last week that Twitter shareholders should get a say on his proposed deal irrespective of what the company's board thinks.

This was interpreted by some investors as a hint that he would be willing to press on with a hostile bid.

The board could try to negotiate with Musk

Twitter can offer to open its books to Musk, hoping that this would lead to a better offer. This would test Musk's description of his $54.20 (€50.28) all-cash bid as his "best and final offer".

The Tesla Inc chief executive, whose net worth is pegged by Forbes at $265 billion (€246 billion), has not specified how much of his own fortune he would be willing to contribute towards a deal to acquire Twitter.

It is possible that Musk ends up partnering with private equity firms, sovereign wealth funds or other deep-pocketed investors to reduce his own equity check in any transaction.

He said last Thursday that he wanted as many existing Twitter shareholders to roll their stakes in a deal as legally possible.

Soliciting bids from other parties

Twitter's board can explore strategic alternatives, which would involve contacting companies, private equity firms and other potential suitors to gauge their interest in a deal. The benefit of this option is that it could identify a better deal or put pressure on Musk to raise his offer.

The downside is that it could raise the hopes of many investors that Twitter will sell itself, pressuring it to negotiate a deal from a position of weakness, given that its shares are trading at just a little over half of what they were worth a little over a year ago.

Other private equity firms could enter the fray, and some technology and media companies may also choose to brave the regulatory scrutiny that would come with such a deal.

It is possible that any alternative transaction that Twitter opts for would not be an acquisition.

In 2020, the company agreed to sell $1 billion (€927.6 million) in convertible bonds to private equity firm Silver Lake, a move that helped it fund a $2 billion (€1.8 billion) share buyback.

Twitter could choose to pursue a similar deal now with another party, raising more cash and avoiding an outright sale.