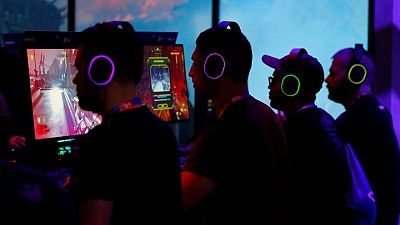 – Britain’s competition regulator said it had secured commitments from Japan’s Sony and Nintendo to make it clear to customers how the companies automatically renew online gaming subscriptions, after a three-year sector investigation.

The Competition and Markets Authority (CMA) began its inquiry in 2019 to check whether “roll-over” contracts for gaming services from Sony, Nintendo and U.S. tech giant Microsoft were fair to customers.

It said in a statement on Wednesday that it had ended its probe after receiving undertakings relating to Sony’s PlayStation Plus and the Nintendo Switch Online service. Microsoft made similar pledges for its Xbox services in January.

Sony has agreed measures to prevent customers from paying for its services when they have not used it for a long time, the CMA said, adding that the Nintendo Switch Online Service is no longer sold with automatic renewal as the default option.

Nintendo and Sony did not immediately respond to Reuters requests for comment on their CMA undertakings.

PlayStation Plus services start at 6.99 pounds ($9.1) per month in Britain, while Nintendo Switch Online is available for 3.49 pounds. Sony’s PlayStation has for years enjoyed a more steady stream of exclusive games, making it a market leader.

“A number of changes have been made across (the online gaming) sector to protect customers and help tackle concerns about auto-renewing subscriptions,” Michael Grenfell, executive director of enforcement at the CMA, said.

Grenfell called on firms in other sectors to also review their renewal practices.

The CMA previously looked at the subscription rules of anti-virus software providers in an effort to bring transparency to how customers are charged for services they use or no longer use.