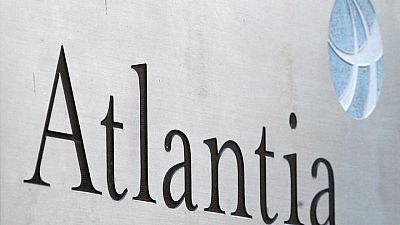 Any bid for Atlantia, which has a market capitalisation of over 15 billion euros ($16.4 billion), would need the backing of Edizione, the holding company of Italy’s Benetton family, which recently increased its stake in the Italian group to 33%.

Bloomberg added that Perez, the biggest shareholder in Spanish builder ACS and also its chairman, was working with advisers to study the potential bid, but there was no certainty whether he would pursue it.

While Perez, also known as president of Real Madrid soccer club, is said to seek to team up with the family on a deal for Atlantia, he may also consider a hostile bid, the report said, adding he was working with advisers on his options.

Perez and the Benettons are already linked through their joint ownership of Spanish highway operator Abertis.

Perez’s ACS, which itself has a market capitalisation of 7.2 billion euros, has been Atlantia’s partner in Abertis since the two groups’ joint acquisition of the company in 2017.

As well as motorways, Atlantia also operates airports in Rome and southern France.

Through ACS, Perez previously pursued a bid for Atlantia’s motorway unit Autostrade per l’Italia but did not manage to secure the backing of the Italian government to go ahead with a binding offer.

Atlantia eventually sold the unit, the focal point of a dispute with the government following a deadly collapse of a bridge in 2018, to Italian state lender CDP and allies.

Alessandro Benetton was appointed chairman of Edizione this year, tightening the family’s grip on its investments, including at Atlantia. Edizione said at the time it deemed its investment in Atlantia strategic. ($1 = 0.9168 euros)