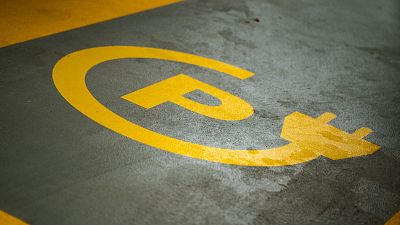 Japan's Panasonic will begin producing a new lithium-ion battery for Tesla as soon as 2023, with plans to invest about 80 billion yen (€622 million) in production facilities in Japan, it was revealed on Monday.

Panasonic unveiled the 4680 format (so-called because it is 46 millimetres wide and 80 millimetres tall) battery in October.

At around five times the size of batteries it currently supplies to Tesla, it is also expected to help the EV maker lower production costs, according to Japan's Nikkei newspaper.

The powerpack could help make electric vehicles (EVs) more attractive to motorists by extending their range by about a fifth, the Nikkei reported, without saying where it obtained the information.

In the case of Tesla's Model S, a 20 per cent boost would lift the car's claimed maximum range from 637 kilometres to over 750.

"We are studying various options for mass production, including a test production line we are establishing this business year. We don't, however, have anything to announce at this time," Panasonic said in a statement to Reuters.

In September 2020, Tesla CEO Elon Musk revealed plans to bring battery development and production in-house, saying Tesla would begin to produce the "tabless" 4680 batteries itself at its own pilot production line in California.

However, Musk also suggested that Tesla would continue to source batteries from third-party suppliers including Panasonic, LG and CATL, tweeting that the US manufacturer would "increase, not reduce battery cell purchases," from its partners.

Panasonic will make the 4680 batteries at a plant in Wakayama prefecture in Western Japan, with output of less than 10 gigawatt hours a year, equivalent to around 150,000 vehicles, the Nikkei said.

Panasonic is currently the sole maker of the more advanced Tesla battery, ensuring it remains a key supplier to the US company, at least for its pricier models, even as the EV maker seeks out battery suppliers in China and elsewhere.