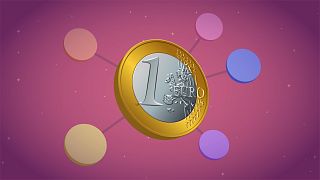 What is the timeline of the euro?

The euro was initially an electronic currency used by financial markets and for cashless payments.

Twenty years later, 19 countries and more than 340 million Europeans use the euro. Over the next few years, three more European countries are set to adopt the euro.

Why was the euro introduced?

The aim of the euro was to make life simpler, using the same currency for work and business throughout the euro area and for travel and living abroad.

The euro is now the second most important currency after the US dollar. Sixty countries and territories outside the EU also use it or link their currency to it.

Who makes the euro cash?