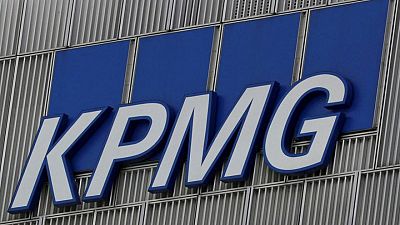 LONDON – KPMG admitted to misconduct on Monday in misleading regulators during spot checks of its audits of builder Carillion and software company Regenersis.

The admission came as a tribunal began hearing allegations from the UK Financial Reporting Council, which regulates auditing, against KPMG and six of its former employees who audited Regenersis in 2015, and Carillion in 2017, a year before the latter collapsed.

The tribunal heard that one of the six has been excused from the proceedings due to a late-hour “settlement.”

The hearing is set to last several weeks before the tribunal decides whether to uphold or reject the FRC allegations after examining testimony from the remaining five former employees who are contesting the allegations.

KPMG said in a summary of its submissions to the hearing that the FRC alleges that the audit team members misled the regulator during the watchdog’s routine spot checks on the two audits.

“In both cases, it is alleged that the relevant individuals acted with a lack of integrity in dishonestly or recklessly misleading the regulator,” KPMG said in its summary.

KPMG said the matters came to light as a result of its own internal investigations, whose findings were then self-reported to the FRC.

“The firm has admitted misconduct in respect of each of the allegations,” KPMG added.

FRC counsel Mark Ellison told the hearing that the former KPMG employees “forged” and “manufactured” missing documents after questions from the FRC during the spot checks.

The aim was to make it appear that the documents had been drawn up during the audits as required, and not after the audits had been completed, Ellison said.

Some of the former employees had sought to blame “client commitments” for failing to supply the missing documents straight away, Ellison said.

“That, too, was misleading. The reason they couldn’t do it was that they were still manufacturing them,” Ellison said.

KPMG UK’s CEO, Jon Holt, said in a statement to the press that the “misconduct that this Tribunal will hear about over the coming weeks is disturbing and upsetting for me and for my colleagues.”

“It is of course for the Tribunal to reach a conclusion on the allegations as they relate to the individuals concerned. Nevertheless, it is clear to me that misconduct has occurred and that our regulator was misled,” Holt said.

The hearing is not connected to the FRC‘s investigation into KPMG‘s audit of Carillion.