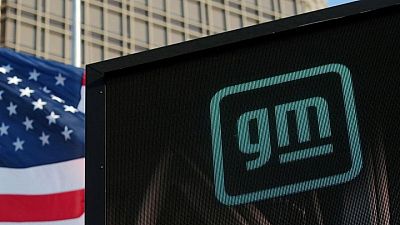 By David Shepardson and Paul Lienert

– General Motors is considering investing more than $4 billion in two Michigan plants to boost its electric vehicle production capacity, according to sources and documents made public on Friday.

The largest U.S. automaker is separately considering a $2 billion overhaul of its Orion Township assembly plant north of Detroit to build next-generation electric vehicles. The total investments could top $4 billion, a source familiar with the plan told Reuters.

Documents posted by the city of Lansing show GM is considering building a battery cell manufacturing plant in nearby Delta Township that could employ 1,700 people by 2028. The Lansing City Council is expected to consider the proposal on Monday.

The joint venture battery plant would be 2.5 million square feet and is on land currently owned by GM, the documents say, adding that “the battery cell production facility will generate significant economic activity throughout Michigan.”

Details of the investment plans were reported earlier by the Wall Street Journal.

Michigan state lawmakers are moving for quick approval of the plans to boost the state’s ability to win new electric vehicle and battery plant investments.

In September, Ford Motor Co opted for Kentucky and Tennessee rather than its home state of Michigan for new battery and electric vehicle production.

Ford and its Korean battery partner SK Innovation said they would invest $11.4 billion to build an electric F-150 assembly plant and three battery plants in the United States.

If approved, GM’s share of the total investment in the two Michigan EV projects would be at least $3 billion.

The Orion plant, which now builds the Chevrolet Bolt, would be converted to build products using GM’s Ultium EV platform, the source said.

GM first halted production of the Bolt in August after a major battery recall and recently extended the halt to late January.

GM Chief Executive Mary Barra told reporters on Thursday that a decision on new plants in Michigan and elsewhere could be “weeks away.”

GM said in a statement on Friday that it was “developing business cases for potential future investments in Michigan,” but that “these projects are not approved and securing all available incentives will be critical for any business case to continue moving forward.”