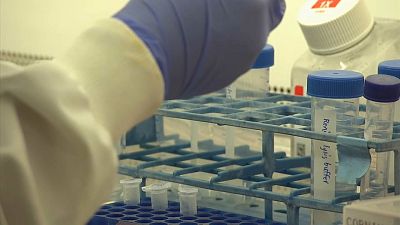 In Argentina, a woman has become the second-ever person who may have naturally recovered from HIV.

The virus appears to have vanished from her body, one of the authors of a recent study said, making her only the second person believed to have cured herself of HIV.

Mathias Lichterfeld from the Ragon Institute of Massachusetts General Hospital, MIT, and Harvard and one of the authors of the report, says they were able to analyse 1.2 billion cells from this patient to look for traces of HIV.

He said they did not detect any HIV that is intact in this patient.

"We also had an opportunity to look into the placenta. She gave birth last year and that placental tissue was available for research and we looked into 500 million cells from the placenta. And we also failed to identify intact HIV," he said.

"So we have to use massive amounts of cells to look for HIV and have failed to detect any."

Lichterfeld went on, "[the] HIV has been completely eliminated from her system and before we believed these types of patients didn't exist at all. So we now are in a position where we can identify these patients and learn from patients and understand how such a remarkable disease outcome is possible."