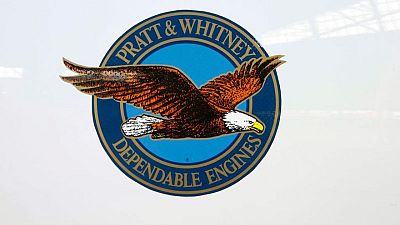 MONTREAL -Canada is expected to announce government support for Pratt & Whitney to bring a hybrid engine to first flight, as the country eyes a broader role in developing new technologies to lower emissions, two people with knowledge of the matter told Reuters.

The unspecified “co-investment” toward a demonstration flight of the hybrid engine for regional turboprops is part of a wider announcement for aerospace expected on Thursday, they said.

It would be Canada’s latest support for the local branch of the U.S. engine maker, a division of Raytheon Technologies Corp.

Canada is part of a select group of aircraft-producing nations, alongside the United States, Europe and Brazil, but its most well-known planemaker, Bombardier, exited commercial aviation in 2020.

Pratt & Whitney, which dominates the turboprop market, has been working toward a flight demonstration of an integrated hybrid engine under an effort called Project 804. Testing is to be performed on a De Havilland Canada Dash-8 100 turboprop.

Pratt, De Havilland Aircraft of Canada Ltd, and a spokesman for Champagne declined comment. Sources declined to be identified as the information is not public.

Separately, Pratt’s senior fellow for advanced technology, Michael Winter said in a June interview with Reuters that the pandemic led the company to review its plans for a demonstration of the hybrid prop engine. It was supposed to make its initial flight by 2022, according to news reports.

Pratt expects a demonstration flight to occur “between now and the middle of the decade,” he said.

“We used the opportunity – again the tactical pause if you will – to think very hard and carefully about what the right partnership should look like in order for us to go do ultimately a flight demonstrator of a regional turboprop,” he said.

Pratt is also working with U.S. space agency NASA over a competition to help fund a flight demonstrator of a hybrid engine for narrowbody jets by around 2025, Winter said.

Some technology developed from Pratt’s hybrid prop engine in Canada could transfer to other products, such as engines for air taxis and lucrative single-aisle jets.

The net zero program offers companies loans, but some portion of the loan may not have to be repaid if certain targets are met, a government spokesman said.

Previous Canadian government loans for Pratt & Whitney Canada and other Canadian aerospace firms have drawn criticism from the World Trade Organization in a series of trade cases, though Ottawa says it has complied with all WTO rulings.

This year, Brazil ended a trade complaint against Canada over aircraft subsidies, instead calling for broader negotiations.

Regarding previous loans, Power said “Pratt and Whitney is fulfilling its contractual obligations to the government of Canada.”