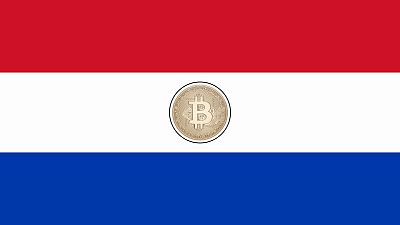 Paraguay could become the second country in the world to accept Bitcoin as legal tender.   -   Copyright  Canva
By David Walsh  •  Updated: 22/06/2021

The Central American country made history when it voted to make Bitcoin legal tender on June 8, a decision that was applauded by politicians in a slew of Latin American countries, including Panama, Argentina and Brazil.

Lawmaker Carlos Rejala is now leading a bid to implement legislation to make Paraguay the second country to do so.

On Thursday, he announced on Twitter that he would be introducing a bill in the country’s National Congress in July that would likely mirror El Salvador’s new cryptocurrency law.

As well as introducing measures to make Paraguay a hub for foreign crypto investors, the draft legislation - which, according to Rejala, will be published on July 14 - would also seek to establish Bitcoin as legal tender.

So, what do we know about the bill so far?

The devil is in the details, the bulk of which have not been widely circulated yet. What we do know has been gleaned from information teased by Rejala on his social media accounts.

On June 7, Rejala outlined his vision for Bitcoin use in Paraguay, saying he was working with “the Paraguayan crypto community in order for Paraguay to become a hub for the crypto investors of the world and subsequently to be placed among the ones on the cutting edge of digital technology”.

On the same day, Juanjo Benitez Rickmann, the CEO of crypto exchange Bitcoin.com.py, confirmed on Twitter that he was collaborating with the congressman "to introduce a project in Congress so that Paraguay becomes a crypto-friendly country for worldwide crypto investors, taking advantage of the renewable and inexpensive energy provided by hydroelectrics".

Bitcoin has been widely criticised by environmentalists because of the energy-intensive computer farms used to mine it.

The crypto’s exorbitant use of electricity has been cited as one of the reasons why authorities in China hardened their approach to cryptocurrencies, launching a crackdown on mining operations and crypto exchanges.

Within hours of the parliamentary vote in El Salvador, Bukele tweeted that he had instructed a state-owned geothermal company which produces renewable energy from volcanoes to prepare for its electricity to be used to power Bitcoin mining.

In a series of tweets, Rejala, too, has emphasised Paraguay’s access to renewable energy as an impetus for attracting investment.

Nearly 100 per cent of the country’s electricity needs are served by hydroelectric plants while 90 per cent of all energy it produces is exported to neighbours Brazil and Argentina.

What is certain is that the speed at which any law in Paraguay is drafted, debated and enacted will be slower than in El Salvador.

The Salvadoran president Nayib Bukele introduced and passed legislation to recognise Bitcoin as an official currency alongside the US dollar just three days after announcing his intention to do so on June 5 at the Bitcoin 2021 conference in Miami.

Having tweeted his approval and his intention to follow Bukele’s example, it will be more than a month before Rejala unveils his draft bill to Paraguayan parliamentarians.

A potential hurdle for Rejala is the prospect of solidifying consensus around the idea from his fellow lawmakers from other political factions. He is a congressman representing the Hagamos Party, a party with only two seats in the 80-seat Chamber of Deputies. It’s unclear as yet whether Rejala enjoys wider support in the larger establishment parties.

However, the use of Bitcoin and other altcoins in the country is soaring - as it is in much of Latin America - aided by a recent flux of companies announcing they would accept cryptos as a payment method.

Last week, GrupoCinco, a large entertainment holding company based in Paraguay, announced that 24 of its businesses would begin accepting cryptocurrencies including Bitcoin and Ether as payment options from July.

Speaking to La Nación newspaper on Friday, Rejala said he was "proud" that so many Paraguayan companies were now embracing cryptocurrencies.

"We are proud that since we announced that we are working on a bill that legalises the use of digital assets, better known as digital currency, or its most popular version, Bitcoin, as legal tender in Paraguay for any type of commercial transaction, various Paraguayan companies have already joined and taken a step forward into the new era of transactions," he said.

Can AI help detect the early stages of Alzheimer’s?