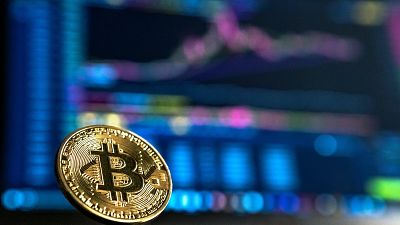 China's central bank said on Monday it had urged some banks and payment firms to crack down harder on cryptocurrency trading, in the latest move by Chinese authorities to stem the use of digital coins.

The People's Bank of China's statement sent Bitcoin tumbling to a two-week low and Ether to a more than five-week low. But on Tuesday, prices of major cryptocurrencies stabilised.

What did the PBOC say?

The PBOC statement followed a meeting with banks and payment firms in which it urged them to thoroughly check client accounts, identify those involved in cryptocurrency transactions and promptly cut their payment channels.

Attendees vowed to comply. AgBank said that it would conduct due diligence to root out illegal crypto-related activities and shut down suspicious accounts, and Alipay said it would set up a monitoring system targeting key websites and accounts, and blacklist merchants involved in virtual currency transactions.

What is the impact?

The latest tightening makes it far more difficult for individuals in China to trade cryptocurrencies, even through channels that have avoided previous restrictions.

The PBOC statement also effectively cuts off payment channels through which mainland Chinese traders have acquired cryptocurrencies to trade offshore.

But banks and payment companies continue to face challenges of identifying money flows related to cryptocurrencies. For now, Beijing has not targeted the holding of digital coins.

"Bitcoin is still at this point a legal digital asset for people to own," said Lee. "So maybe the final nail in the coffin, if it happens in a few years, is they literally declare bitcoin illegal to possess."

What has China said?

Last month, three industry associations banned crypto-related financial services, and a meeting of the State Council's Financial Stability and Development Committee chaired by Vice Premier Liu He vowed a crackdown on bitcoin mining and trading as part of efforts to fend off financial risks.

Bans on crypto mining have been issued in major bitcoin mining hubs, including Sichuan, Xinjiang, and Inner Mongolia.

The restrictions prompted most such platforms to shut down, with many moving offshore.

Why is China cracking down on crypto?

With local exchanges shut down, many Chinese investors have switched to platforms owned by Chinese exchanges that had relocated overseas, including Huobi and OKEx, or trade over-the-counter through online platforms and social media trading chatrooms.

They have also facilitated peer-to-peer deals in OTC markets that help convert the Chinese yuan into cryptocurrencies. Traders make such transactions through banks or online payment channels such as Alipay or WeChat Pay.

Meanwhile, cryptocurrencies' potential threat to China's fiat currency, the yuan, has spurred the PBOC to launch its own digital currency.