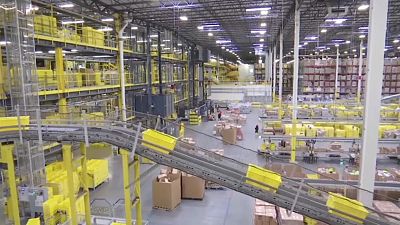 Retail online giant Amazon has won an appeal in a European court over tax rebates it was awarded in Luxembourg.

The European Union said the deal amounted to illegal state support and ordered it to pay €250m in back taxes. But Europe's General Court ruled there was no proof Amazon had benefited from an undue reduction in taxes.

Amazon said it welcomed the court's decision, which is "``in line with our long-standing position that we followed all applicable laws and that Amazon received no special treatment,'' the company said in a statement. `

"We're pleased that the Court has made this clear, and we can continue to focus on delivering for our customers across Europe".

The Luxembourg government also welcomed the verdict and said that the ruling does not "call into question the country's ``commitment to transparency in tax matters and the fight against tax avoidance practices".

The verdict is another blow in the EU's attempts to tackle corporate tax avoidance. It's taken issue with deals used by member states to lure foreign multinationals.

Paul Tang, a Dutch MEP for the Socialists and Democrats, believes the court ruling was good news for Amazon CEO Jeff Bezos and bad news for the EU.

"It just shows that anything goes in the current tax system, that everything is deemed legal as judged by the by the court," he said.

"We need to come up with legislation that makes tax avoidance indeed illegal".

Wednesday's ruling can be appealed to the 27-nation bloc's highest court, the European Court of Justice.