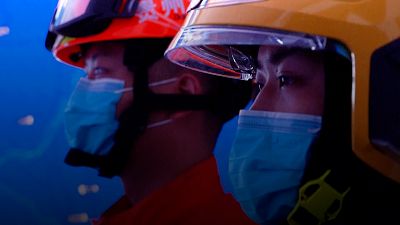 From the Internet of Things (IoT) to China's ubiquitous surveillance cameras, China is a world leader in pioneering technology.

Installed in hundreds of facilities, such as public hospitals and conference centres, the NFCs help to monitor temperature, electricity current and voltage in real time.

With the data collected from these facilities, firefighters are able to detect if a danger is imminent.

In one successful test case, the system detected high temperatures in the distribution box of an electric circuit at a local hospital. Firefighters acted quickly to cut the power, preventing a potential fire hazard.

Officials said there have been no fire incidents in the 800-plus locations where the system has been deployed.

In another initiative, the brigade is utilising 465 connected camera systems that can detect fires within a radius of five kilometres.

Tech will not replace firefighters

The systems are designed to raise an alarm if they detect temperatures rising above a threshold, and if there is no human intervention within 30 seconds.

A 3D map of the city also enables the brigade to mobilise its resources and plan its disaster response.

"Now, with (big data) module adjustment, we are able to study the characteristics of the disasters, how many resources are available and how far they are from the disaster sites," said Ding Xiang of the Guiyang Municipal Fire Control Bureau.

But the technology will not reduce the number of firefighters. With the city still growing and new infrastructure being built, "disasters in the future might become more complicated and the risks may become more severe. So, we still need to both retain and add personnel," Ding added.

Big data has been applied to fight fires in other countries, including the United States and the Netherlands.

In 2017, The Los Angeles Fire Department used data compiled from satellite imagery, real-time cameras, and sensors, that were then processed to monitor and predict its next course.

Can cryptocurrencies adapt to environmental concerns and rule changes?