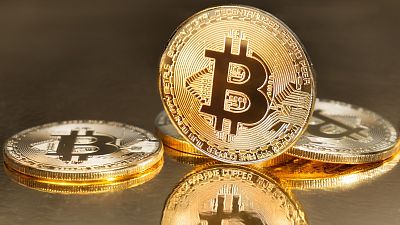 The price of Bitcoin tumbled after reports President Biden will levy investments.   -   Copyright  Getty Images via Canva
By Euronews with AFP  •  Updated: 19/07/2021

The price of Bitcoin tumbled on Friday back below $50,000 (€41,400) as investors worried about the possibility of heavy taxes on financial transactions in the US.

It has been a tough week for the leading cryptocurrency whose value has slipped almost 25 per cent since its all-time high in mid-April at nearly $65,000 (€53,800).

Other cryptocurrencies were dragged down in its wake, with the total cryptocurrency market shedding $450 billion (€373 billion) from its value over the same period, according to Coinmarketcap, a website that lists more than 9,000 cryptocurrencies.

The decline came amid reports in the US media that President Joe Biden wants to increase taxation on financial transactions to fund his administration's massive investment plans.

"The threat of the regulator, either directly or through the taxman, remains the Achilles heel of cryptocurrencies," Jeffrey Halley, an analyst at Oanda, said.

"Bitcoin and other cryptos had also run amok before the Coinbase IPO," said Fawad Razaqzada, an analyst at ThinkMarkets.

In the past week, two other developments may have spooked the horses among cryptocurrency speculators.

Last weekend, a shutdown of several power plants in China slowed the network sharply in the Xinjiang region where a large proportion of the world's Bitcoin mining is done, prompting a selloff.

On Tuesday, a probe was launched in Turkey after the owner of an exchange platform allegedly fled the country with $2 billion (€1.7 billion) in investor assets, according to Turkish state media.

However, the value of Bitcoin is still up 70 per cent since the beginning of the year.

In recent months, several Wall Street institutions, including JP Morgan and BlackRock, have begun allowing their clients to use their own bespoke digital coins for transactions with other clients.

While the finance industry, which has been a longstanding critic of cryptocurrencies, seems to have been largely won over, market regulators regularly point out that these decentralised assets are particularly volatile with the risk that buyers could lose some if not all of their investments.