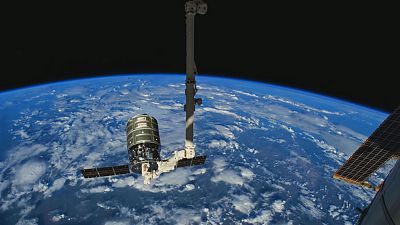 Once the preserve of national governments and space agencies, advances in technology, lower entry costs and a new entrepreneurial spirit mean that space is now increasingly a place for private enterprise.

Whether its global communication or navigation, pricing insurance, or simply helping farmers to grow food better, space now offers an infinite number of opportunities for businesses that are able to develop innovative new technologies and services.

Located in Warsaw, PIAP Space is one firm making the most of Europe’s growing space economy. Set up in 2017, the firm develops advanced robotic systems and planetary exploration vehicles.

The company is also developing a gripper that will eventually be used in missions to service satellites in orbit, something which is currently not being done.

As a member of a large strategic research cluster called PERASPERA, the firm was able to obtain funding under the EU’s Horizon 2020 programme, something PIAP Space’s managing director Mateusz Wolski says was crucial for the firm’s growth.

"The support from the European Union robotic cluster (PERASPERA) is very vital for our company. It allowed us to start the development of the robotic gripper for satellite servicing and to network with several European companies from the aerospace sector."

PIAP Space is just one small part of Europe’s growing space economy. It is estimated space-enabled services currently fuel between six to nine percent of Europe’s economy with some 230,000 people employed in the sector.

Speaking to Business Planet, Tomasz Husak, Head of Cabinet to EU Commissioner Elżbieta Bieńkowska said: “Who could imagine today our lives without satellite navigation or earth observation. Thanks to that we can hire bicycles, we can as well have very precise data coming from Space. And Europe is offering signals, Europe is offering data to companies that can create real value, and as well, this is offering a new market to companies that are very active in satellites, in software and in launchers.”

In addition to tackling some of the major challenges of today, such as fighting climate change, the European Commission says its goal is to maintain and further enhance Europe's leadership in space, spurring innovation and creating high-tech jobs.

“Europe is a world power and we want to remain so, Husak said, adding: “During the last seven years we invested more than 12 billion euros in the space sector and we want to invest 16 billion in the next financial perspective. And none of the member states alone can have such a huge investment. We want to continue, we want to create new programmes, that will address new realities that companies are expecting from us. Basically, we want to create a big innovation space hub in Europe.”

Europe’s space economy in a nutshell

• Space technology, data and services have become indispensable in people’s lives and play an essential strategic role for Europe.

• The EU space economy employs over 230 000 people and its value in 2017 was estimated at €53-62 billion. Space-enabled services currently fuel six to nine percent of Europe's economy.