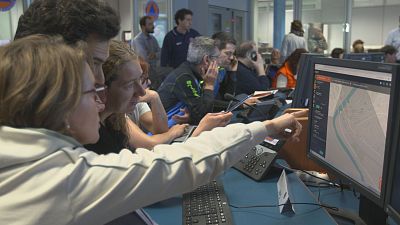 Natural disasters are now more frequent than ever. The threat humanity faces continues to grow in increasingly unpredictable ways.

This year there has been a spike in wildfires across Europe - 480 occurred in the first 3 months of 2019. Late last year there was a surge in floods with thousands having to be evacuated across the continent.

In Europe alone, natural disasters have caused close to 7 million casualties and nearly €113 billion of damage just in the last 10 years - according to the Emergency Events Database, 2017.

I-React takes on this challenge

In response to these growing challenges, a pan-European team have developed a multi-platform app that can help in preparing for and responding to situations relating to natural disasters. This is called I-React.

I-React gives civil protection officers the information they need to respond to a natural disaster as quickly as possible. It collects data from a wide range of sources and puts it in one place to offer a full picture of what is going on. The app aggregates data from satellites and weather forecasts as well as information on the ground from users of the app, social media and drones.

This means that anyone with a smartphone can send photos and information on the platform to help civil protection respond to an emergency situation.

An I-React developer said his team had the public in mind when creating the app:

"This app is designed to be used by ordinary people, not only civil protection officers and volunteers, to send reports on an emergency situation and to receive reports from an operations centre such as civil protection".

I-React allows its users to gather and send data in different ways during an emergency situation. Smartphones can send photos of what is happening on the ground - but the app connects to smart glasses as well. People gathering information will be able to take photos even faster than they would have done with a smartphone. The developer explained:

"If there is a river that is flooding, I can take a picture, I follow the same steps I would do with my cell phone, but in this case using only one hand, and thanks to this remote control I can send the report to the operations centre".

So far civil protection volunteers have found the app useful:

"I found it extremely simple and fast, in a real emergency it is important to send updates on the situation in real-time, not only with words but with images".

Misuse by the public

Like with social media, platforms that are open to the public are also exposed to bad actors. Platforms can be polluted with disinformation from fake news and bots. With an app like I-React that is used in emergency situations - the information submitted to it needs to be accurate.

The developers have planned to combat these issues by giving users a credibility score. If a photo is found to be from a different location than the user claims, that user will be given a lower score. From this, operators can determine whether a source is trustworthy or not.