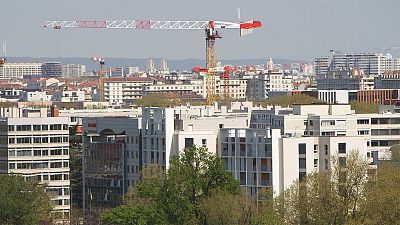 Did you know that house prices across Europe rose by 4.5% at the end of last year?

Yet our disposable incomes — the money we have in our wallets to actually spend — hasn’t increased anywhere near that level.

Amid low interest rates and rather easy credit conditions compared to the last 10 years, this edition looks at how our households and economies are impacted by the housing market.

And to better understand how it works in Europe and its link with economic activity, here is our crash course:

When house prices rise consistently as they did in Sweden until the end of 2017, it raises concerns about whether homes are overvalued. This can put unnecessary burdens on households, given the debt they have to take on, in order to afford a property.

House prices are indeed rising across Europe, but they’re coming off a low base after steep falls, such as in Portugal and Ireland.

Our reporter Guillaume Desjardins set out to find out what happens when a country like Sweden starts correcting.

"Since the subprimes crisis 10 years ago, banks have had to increase their solvency ratios in order to reinforce the banking system. For households dreaming of getting the keys to a new 'home sweet home', that makes getting credit a lot more complicated," our journalist said.

Yet, in recent years, property prices have risen faster than wages, and, in spite of everything, households have indeed had to take on debt, sometimes high levels of it.

In Sweden, for more than a third of households, debt represents more than four and a half years of salary.

"We have seen some regulations that have made it harder, for example, to get a loan on the market today," explained Felix Hasselberg, a real estate agent with the firm, Erik Olsson.

"The new regulation was implemented on March 1 this year and we have seen since then that bigger households and bigger families are more affected. They have a harder time to buy bigger appartments."

Cleaning up the housing market

Lately, Sweden has taken steps to clean up its housing market. A buyer now needs a downpayment of at least 15 percent of the purchase price, and each year, they must amortise (pay off) part of the loan. Banks, too, have started giving more weight to mortages in their risk assessments. It is a lifesaver in the face of economic risk.

High debt may indeed be difficult to pay off for the most modest of homes, but the same goes for others too, with each regular payment reducing the daily budget.

"Over recent years, high property prices together with a high debt ratio have put a strain on the budget of Swedish households, as well as on their ability to become home-owners," points out Gulilaume Desjardins.

"But it has also had consequences for the economy as a whole."

"It will be sustainable as long as interest rates are low," said economist Jens Magnusson of the SEB financial services group.

"But the question is very important, what happens when they rise ? And obviously, what will happen is that a lot of households will have to draw back on other things. They will have to save on anything from restaurant visits to vacations in order to pay higher interest rates. A few households will, of course, be in bigger trouble than that, and will be needing to leave their houses. But we think that's a bit far off."

The European risk regulator, the ESRB, has warned Sweden and seven other European Union countries, about two dangers that they are exposed to: property debt that is too high and homes that are overvalued. A bump on the property market can impact the whole economy, with the middle class and the poor hit the hardest.

"House prices have risen much faster than citizens’ incomes"

For a further insight into the effects of the property market, we interviewed Cédric Van Styvendael, the president of the 'Housing Europe' federation of public, cooperative & social housing which covers 43,000 housing providers in 24 countries.

"We set you a challenge of bringing an object that defines what Europe’s housing market represents to you. What did you bring?"

"I brought two. Sorry I didn't stick to the rules. The first is keys... what every European citizen wants and expects. Housing in Europe is crucial for all European citizens. But more and more are unable to find a house in keeping with their income and their job or family situation. Social housing and stakeholders of social and affordable housing have a bad image. A year and a half ago in the Netherlands, in Amsterdam, a team said: 'We should organise a social housing festival to show all of its diversity, what it brings to our economy, to our territories.' And I am delighted to tell you that it will be held again, in 2019, here in the Greater Lyon metropolitan area."

"What worries you more? Properties being overvalued or the fact that household debt is so very high?"

"The problem in Europe today is that house prices have risen much faster than citizens’ incomes. One in every 10 Europeans spends more than 40% of their income on housing. It is an indicator of a scale of effort that is too high. In other words you are spending too much money on housing and that is an extremely alarming indicator. And the second element that alarms us is that this rate is increasing even more for the poorest households."

"Do you think the banking regulations that have been put in place are enough to address the issues that may arise?"

"The situation is somewhat paradoxical with accessing credit from the bank in order to buy. The rates are low, indeed. These low rates boost price hikes, but, at the same time, banking requirements when it comes to lending to citizens wanting to buy are considerable.

"So in the end, this market of accessing mortgages today favours the richest, not the poorest, because this cheap money is not accessible to "those who need it most", especially for the youngest households and the most vulnerable households."

"How do you see the situation here in France, compared to other parts of Europe because here, prices seem to have more or less stalled outside of the Paris area?"

"You are right. The average indicator in France has rather stabilized but the problem in Europe is the gap being created between attractive territories - the big European metropolitan areas - and the less attractive territories. I will give you a figure. We are here in Lyon. In this city, the price of housing went up by 69% between 2010 and 2015, That is enormous. We have returned to annual rates of increase in house prices that are very close to what we had in 2009.

"So here, we have an example very close to us that, in our opinion, is in the process of happening again if we are not vigilant and if we don't put in place regulation mechanisms to avoid a new housing bubble in Europe." 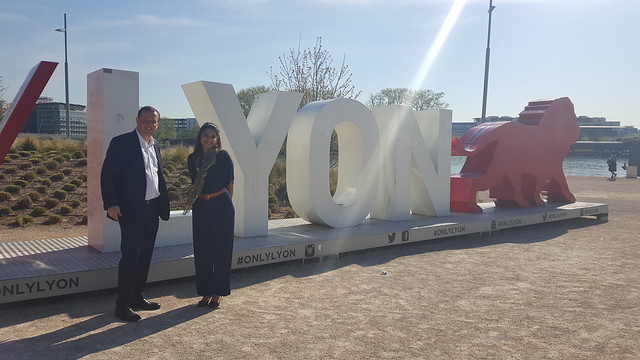 Italy is only EU country to see house prices fall in 2017: Eurostat

"You never know what the next crisis will look like"