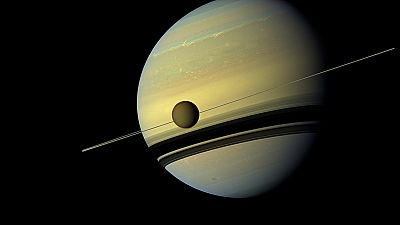 This Legends of Space episode travels back in time to when Europe’s Huygens probe made history. Euronews spoke with Jean-Pierre Lebreton, Huygens Project Scientist, who dedicated much of his career to the NASA-ESA Cassini-Huygens mission.

“So the Huygens landing is the furthest landing ever achieved in the solar system.”

“The signal arrived 45 minutes late, so there were quite a few moments of stress. But when the data on the channel that was working came down, when we could see the first images, that was really, really magic.”

“But the ingredients are quite different, because it’s minus 180 degrees on the surface, so the hills are ice, the liquid is hydrocarbons of methane and perhaps methane and ethane mixed together.”

“And now Huygens will be forever on the surface of Titan. And maybe one day a new mission will go and say Bonjour to Huygens. But I don’t think it’ll happen soon.”