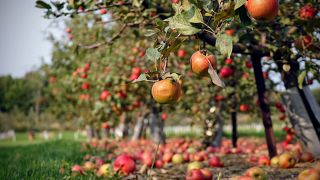 The UK’s wildlife has been devastated by extreme weather this year, according to an annual audit by the National Trust.

Violent storms, heatwaves and cold snaps have caused severe damage to Britain’s flora and fauna, the conservation charity has said.

Its yearly survey found that wildlife from toads to trees has struggled to survive the unpredictable weather conditions.

The report also says the climate emergency is making these extreme weather events the norm rather than the exception.

‘A litany of weather extremes’

The National Trust’s annual Christmas audit has revealed the impact of extreme weather on the UK’s wildlife.

The charity’s review found that toads, bats and butterflies as well as trees and meadowland flowers have struggled for survival in 2022.

“This year’s weather has been challenging for nature,” the charity’s climate crisis adviser, Keith Jones, told the Guardian.

“Drought, high temperatures, back-to-back storms, unseasonal heat, a cold snap and floods mean nature, like us, is having to cope with a new litany of weather extremes.”

Which animals have been affected by extreme weather?

Back to back storms in February brought down ancient trees at Dinefwr in Wales, Stourhead in Wiltshire, Anglesey Abbey and Wimpole in Cambridgeshire and Clumber Park in Nottinghamshire.

In Cornwall, Devon and Dorset, the habitats of species like the silver-studded blue butterfly, sand lizards and smooth snakes were destroyed.

In Northumberland, rangers discovered young bats that were dehydrated and disorientated from the extreme heat.

High temperatures also reduced the number of flying insects that are a food source for swifts. This year, the birds returned in lower numbers to the east coast of England and had a poor breeding season.

The lack of rainfall had disastrous consequences for natterjack toads, which use pools of water to cross dunes.

A briefer flowering season also caused by the drought meant butterflies struggled to find food over the summer.

Fierce storms and tidal surges swept away dozens of tern colonies in Northern Ireland this June.

Will the UK’s extreme weather continue in 2023?

The National Trust’s report warned that the tumultuous weather that hit the UK this year is becoming the norm.

“Weather experts predict that the future will see more torrential downpours, along with very dry and hot summers,” said Jones.

“We’re going to experience more floods, droughts, heatwaves, extreme storms and wildfires - and they will go from bad to worse, breaking records with ever alarming frequency if we don’t limit our carbon emissions.”

Can the UK’s wildlife adapt to climate change?

Some species actually thrived in the unusual weather conditions. With no late frosts in spring, the UK experienced a bumper apple harvest.

In Cornwall, the chough bird population boomed, reaching around 200.

However, much of the UK’s wildlife is struggling to adapt.

“It is a stark illustration of the sort of difficulties many of our species will face if we don’t do more to mitigate rising temperatures and help nature’s survival,” said Jones.