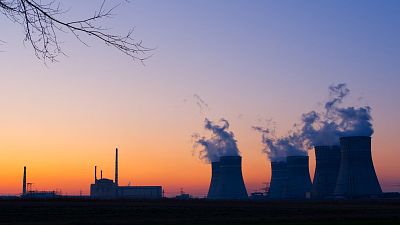 The world’s first commercial nuclear fusion reactor will be up and running by 2040, the UK government has pledged.

The plant - which could theoretically provide near-limitless clean energy - will be built in Nottinghamshire.

The location was unveiled on Monday by business secretary Jacob Rees Mogg at the UK Conservative Party Conference.

"The plant will be the first of its kind, built by 2040 and capable of putting energy on the grid,” he said.

“In doing so, it will prove the commercial viability of fusion energy to the world."

The government has pledged more than £220m (€252m) for the STEP (Spherical Tokamak for Energy Production) programme to deliver the fusion energy plant. It will replace a coal-fired power station set to close this year.

However, researchers say that there are still huge hurdles to overcome before the technology is viable.

What is nuclear fusion and is it safe?

Fusion is the process that creates heat and light inside the sun.

In a fusion reaction, two atoms slam together to form a single atom, releasing massive amounts of energy.

This process takes place constantly inside stars, where tonnes of hydrogen atoms smash together every millisecond. When they break their atomic bonds - and form heavier helium atoms - they generate heat and light.

Researchers want to replicate this process on Earth.

To do so, they’d need to heat hydrogen gas to more than 100 million degrees.

No materials exist that can withstand direct contact with this temperature - so the super-heated atoms will be forced together with powerful magnets inside a device known as a ‘tokamak’.

If anything goes wrong inside a fusion reactor, the device just stops - so there’s no risk of this colossal heat being unleashed.

In fission reactions, atoms are split apart rather than fused together.

Will the nuclear fusion plant work?

But a working commercial plant will have to overcome many logistical hurdles - not least, heating large amounts of gas to 100 million degrees Celsius.

Building a commercial reactor will be a “challenging and costly” process, the International Energy Foundation warns.

Other reactor plans have run into regular difficulties.

Thirty-five countries are cooperating to build a giant plant in the south of France. The ITER project will not produce electricity for people’s homes - it is instead an experiment to see if nuclear fusion can produce more energy than it uses.

It is running over-budget and over schedule, with its projected launch date in 2050.

“One of the reasons that ITER is late is that it is really, really hard," Professor Ian Chapman, chief executive of the UK Atomic Energy Authority, told the BBC.

"What we are doing is fundamentally pushing the barriers of what's known in the technology world.”

Nonetheless, researchers are making progress. In February this year, the UK-based JET (Joint European Torus) laboratory set a new record for the amount of energy that can be generated by fusing two forms of hydrogen.

The experiments produced 59 megajoules of energy over five seconds (11 megawatts of power) - enough to boil 60 kettles of water.