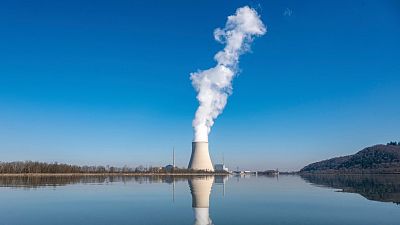 Germany will oppose European Union plans to include nuclear energy as a sustainable investment in its "taxonomy" policy for labelling green investments, the government said on Monday.

With the bloc aiming to achieve net-zero by 2050, massive investments into sustainable energy sources are needed. The European Commission is looking to class nuclear energy as 'green' making it easier for states and the private sector to invest.

Brussels is now seeking approval from EU countries and European Parliament for its plan to label gas and nuclear as climate-friendly investments. It has split opinions among states who disagree with the fuels' green credentials.

Germany, the EU's biggest economy, is among those planning to reject it when countries come to vote on the plan in the coming weeks.

"The Federal Government has expressed its opposition to the taxonomy rules on nuclear power. This 'no' is an important political signal that makes clear: Nuclear energy is not sustainable and should therefore not be part of the taxonomy," Germany's environment ministry and its economy and climate ministry said in a statement.

Nuclear energy is not sustainable and should therefore not be part of the taxonomy.

"Accordingly, the Federal Government would vote for the Council to object to the EU Commission's delegated legal act," the ministries said.

A 'gold standard' for green investing

To reject the rules, 20 of the EU's 27 countries must oppose it - a high threshold seen as unlikely to be reached. Germany's stance could also steer opinion in the European Parliament, however, where a majority of the assembly's 705 lawmakers could block the gas and nuclear rules in a July vote.

The EU's sustainable finance taxonomy was designed to provide a "gold standard" for green investing, by limiting which investments can be labelled climate-friendly to only those that truly protect the planet.

Austria is leading a call for legal action because of "serious concerns" about nuclear energy being too expensive and slow to actually fight climate change. Officials from the country have pointed out that, whilenuclear energy generation is CO2-free, the problem of nuclear waste has still not been solved.

The small but wealthy nation of Luxembourg is also considering legal action if the decision to label nuclear energy as 'green' goes ahead.

The plan to label gas as climate-friendly has faced criticism from countries including Spain, although some countries had lobbied hard for the taxonomy to incentivise gas investments to help them phase out coal.

Gas emits less CO2 than coal when burned, but is also associated with leaks of methane, a potent greenhouse gas.