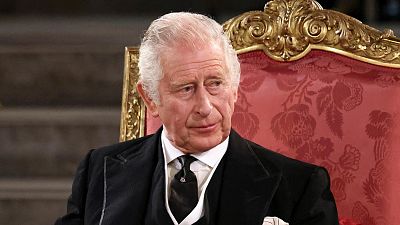 Throughout his life, King Charles III has been a champion for environmental issues. He has spent years campaigning for conservation, organic farming and other eco causes.

So much so that many have come to see His Majesty as a leading climate advocate, funding charities and campaigns that have global significance.

But, as he takes to the throne, there is now an expectation of political neutrality that will likely bring an end to his grand statements about the health of the planet.

It was in 1970 - at the age of 21 - that the now King first spoke to the public about his climate concerns.

He told the Countryside Steering Committee for Wales about the “growing menace of oil pollution at sea,” lamented chemicals being discharged into rivers and called attention to the gases being “pumped out by endless cars and aeroplanes.”

He has said that, at the time, he was considered “completely mad” for his warnings about pollution and the damage being done to rural habitats. But now, those opinions are not so “dotty” as they were thought to be 50 years ago.

In recent years, Charles III has become a pivotal figure in the international environmental movement. He has backed charities, championed campaign groups and gotten personally involved in conversations with world leaders about the climate crisis.

He hasn’t shied away from potentially controversial statements either. A speech in 2013 saw him take aim at “the international association of corporate lobbyists” who had turned the planet into a “dying patient”. Bringing business leaders together to find solutions was a key focus for the then-Prince.

In the 1980s Charles III also began transforming his estate in Gloucestershire, UK, into a haven for organic farming. The gardens at Highgrove House are now world renowned for their advancements in sustainability and biodiversity.

For years, he has also published his own total carbon footprint - including travel for unofficial business. His total impact for the year up to March 2022 was 432.3 tonnes - far above the EU average of 6.8 tonnes per person.

From meeting with Greta Thunberg to taking part in COP26 in Glasgow last year to openly supporting protest group Extinction Rebellion, he's known around the world for his commitment to environmental causes.

How have environmentalists reacted to Charles III becoming King?

For many involved in the fight against climate change, there is hope that some part of Charles III's environmental action will carry on.

“His Majesty the King has played a hugely significant role over the past decades on critical global issues such as climate change, the protection of nature and biodiversity,” says Tim Wainwright, chief executive of WaterAid - a charity that the King is president of.

His Majesty the King has played a hugely significant role over the past decades on critical global issues such as climate change.

“With the climate crisis being felt in some of the most vulnerable communities across the globe, and in many Commonwealth countries from Pakistan to Mozambique, we hope he will continue to be that driving force for good.”

American environmentalist and politician Al Gore thanked King Charles III on Twitter for his “decades of leadership and deep commitment to the environment and protecting the future of our planet.”

He also acknowledged, however, that his accession to the throne was a “bittersweet moment.”

As King Charles III begins his reign, I am grateful for his decades of leadership and deep commitment to the environment and protecting the future of our planet. I wish him comfort in this bittersweet moment and strength in a time of profound consequence for the UK and the world.

Tony Juniper, former director of Friends of the Earth and now chair of Natural England, called the King “the most significant environmental figure in history.”

In an interview with the BBC, he said that Charles III had been involved in discussions about rainforests, agriculture, food security and climate change for 50 years, accumulating a vast amount of knowledge in that time.

When Prince William gave a speech at the Queen’s platinum jubilee earlier this year, he highlighted issues of deforestation and wildlife conservation. Juniper says following this public address, it looks like Charles III is now passing on the baton for climate action.

Will Charles III continue to be an environmental champion?

Some believe that the issue of climate change is above party politics. Australian Prime Minister Anthony Albanese has encouraged His Majesty to continue his environmental work saying that it didn’t break political neutrality.

“I think dealing with the challenge of climate change shouldn't be seen as a political issue, it should be seen as an issue that is about humanity and about our very quality of life and survival as a world,” he told Australian news outlet, ABC.

“I think engagement in issues is very different from engagement in party political matters. That would be entirely inappropriate.”

Throughout her 70 years on the throne, Queen Elizabeth II was notoriously tight-lipped about her own beliefs. Former UK Prime Minister Tony Blair has said that despite being in office for 10 years, he had no idea what her actual politics were.

In his first speech as King, Charles III indicated that he would be following suit, saying he would uphold his constitutional obligation to remain politically neutral.

It will no longer be possible to give so much of my time and energies to the charities and issues for which I cared so deeply.

“It will no longer be possible to give so much of my time and energies to the charities and issues for which I cared so deeply, but I know this important work will go on in the trusted hands of others,” he said.

It echoes previous statements from His Majesty who said in a documentary back in 2018, “the idea, somehow, that I am going to go on in exactly the same way if I have to succeed, is complete nonsense.”

His campaigning, he added, would not continue once he became King.

Queen Elizabeth II did give some subtle digs about the progress of global action on climate change, however, particularly towards the end of her reign.

“I’ve been hearing all about COP, I still don’t know who’s coming. It’s very irritating when they talk, but don’t do,” she was caught saying on camera before COP26.

Though he might not be able to comment on these issues publicly, it is telling that even as a notoriously neutral diplomat, the Queen voiced some concerns about the environment.