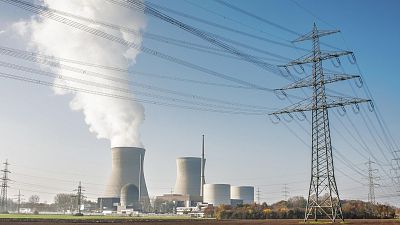 Germany has formally disagreed with the EU’s proposal for how member states should move away from fossil fuels, a further blow to the already controversial proposal.

German vice-chancellor and economy minister Robert Habeck sent a letter to the EU last Friday saying, “As the federal government, we have once again clearly expressed our rejection of the inclusion of nuclear energy,”

The EU’s biggest country said nuclear energy is “risky and expensive” and that it is “not sustainable”.

The EU’s proposal for nuclear power and natural gas to be categorised as sustainable was part of their sustainability taxonomy proposal, published on 31 December 2021.

Critics claim the EU attempted to bury the document by releasing it at the very end of the year.

“Short of digging an actual hole, the European Commission couldn't have tried harder to bury this proposal,” said Henry Eviston, spokesman on sustainable finance at the European Policy Office of WWF.

What does Germany want instead?

Although Germany does intend to transition to using green hydrogen, the letter says that a commitment to reduce greenhouse gases by 55% by 2030 is unrealistic.

Instead, Germany wants the EU to allow countries to set their own targets for after 2036 - treating the targets as “guidelines” - giving them flexibility to work out the most feasible way to switch to more sustainable fuels.

Germany’s letter to the EU also suggests that the best way to switch from unsustainable fuels is to allow countries to continue to rely on gas.

The EU wants to phase out all use of gas in order to reach its carbon neutral 2050 target. Yet the proposal did make room for some continued use of natural gas.

But Germany wants the EU to consider easing its restrictions on fossil-based gases more, considering them an important transition step for countries wanting to switch to more sustainable fuels.

The use of traditional fossil gas is important to phasing out coal in Germany, the letter says.

When the EU first made the sustainable fuel switch proposal on New Year’s Eve 2021, it proved to be controversial.

Despite Germany’s push for gas allowance, at the time of the proposal’s release, the German vice-chancellor said the inclusion of gas and nuclear power “water down the good label for sustainability”.

The EU commission Chief Spokesperson Eric Mamer responded that they “weren't trying to do it on the sly, if you like, by going for December 31.”

“I can assure you our colleagues would much prefer to have been relaxing on holiday, but they decided to continue their work through the Christmas holidays to make sure this came out before the end of the year,” he continued.

The Netherlands commits to hydrogen

While Germany’s letter claims relying on hydrogen fuel is too far away to give up gas just yet, the Netherlands has recently announced a push for sustainable fuels.

Construction of two nuclear power plants has just been proposed and the fund is also expected to finance work in e-fuel and hydrogen.

Research by Energy Monitor puts the Netherlands at the forefront of Europe’s hydrogen race with the highest subsidies per gigawatt of electrolyser capacity committed at €1.43 billion.

And although the letter published last week from Germany was somewhat pessimistic about hydrogen fuel, the research puts Germany as the country with the highest ambition in terms of electrolyser capacity seeking to produce 10GW by 2030.

After bush fires and floods, will Australians vote for climate action?