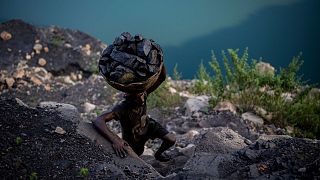 The world’s economies stand to gain more from limiting global warming to 2C than climate action costs, according to the latest UN report on the state of climate change.

Today’s much-anticipated report from the International Panel on Climate Change (IPCC) looks at how we can stop planetary overheating getting worse. It is the third and final piece in the sixth assessment report (AR6) that hundreds of scientists have compiled over the last year, after reports on the physical science and impacts of the climate crisis.

With the case for climate action now beyond doubt, the third working group has addressed what leaders can do to limit global emissions between now and 2030. It means seizing a unique moment where:

‘Business as usual’ is not an option, but the IPCC’s projections show that mitigating climate change need not to be achieved at the expense of living standards. As researchers argued in a recent paper, estimates of the ‘cost’ of climate action can be overly pessimistic - here’s why.

IPCC report: The scenarios don’t take into account the cost of doing nothing

One crucial point the researchers, including the Grantham Institute’s Dr Alexandre Köberle make, is that most of the scenarios that the IPCC uses do not take into account the cost of climate inaction.

To assess the impact of a particular climate policy, policymakers need to know how it compares to a baseline in which no action is taken. Though the last report looked at impacts with an economic cost - damage to infrastructure, for example, or lost crops - these costs are not always factored in. Without this vital information, we’re at risk of overstating how much climate action costs (or being misled by politicians who wilfully exclude it to say Net Zero policies are too costly).

It’s not simply that the cost of doing nothing costs the Earth; though UN Secretary-General António Guterres’ remarks make that clear - with a litany of underwater cities, unprecedented heatwaves, terrifying storms and widespread water shortages.

But a realistic look at mitigation and how to finance it shows that acting on climate change is not as expensive as we may think.

“Without taking into account the economic benefits of reduced adaptation costs or avoided climate impacts, global Gross Domestic Product (GDP) would be just a few percentage points lower in 2050 if we take the actions necessary to limit warming to 2°C or below, compared to maintaining current policies,” says IPCC Working Group 3 co-chair Priyadarshi Shukla.

And scenarios that do factor in the economic damages from climate change find that the global cost of limiting overheating to 2C over the 21st century is, in fact, lower than the global economic benefits of reducing warming.

The report states with high confidence that mitigation options costing $100 per tonne of CO2 or less could reduce global GHG emissions by at least half the 2019 level by 2030.

The world is expected to get richer anyway

This feeds into another important point that Dr Köberle and colleagues make in their research: the world is expected to get much richer, even after accounting for the cost of mitigation.

In the IPCC’s fifth assessment report, they note, consumption grows by 300-900 per cent over the course of the century, while the gross cost of mitigation is around 10 per cent. “In other words,” they write in CarbonBrief, “focusing on the losses to GDP or consumption compared to a reference masks the fact that these are minor losses to a world that grows wealthier with time.”

What are the benefits of climate mitigation?

The new report also finds that there have been sustained decreases of up to 85 per cent in the costs of solar and wind energy, and batteries. Simply put, saving the world is getting cheaper.

In their summary for policy-makers, scientists explored the range of benefits that come with mitigation measures.

Continuing with carbon-intensive systems may, in some regions and sectors, be more expensive than transitioning to low emissions systems, it notes. So there’s the economic benefit of switching to cheaper renewables, for starters. “Low-emission energy sector transitions will have multiple co-benefits, including improvements in air quality and health,” the report adds.

It breaks these benefits down in different sectors. Mitigation strategies in the transport sector will also make travel access fairer and reduce congestion. While sustainable urban planning - including green roofs and joined-up parks - will have the added benefits of reducing flood risks and urban ‘heat island’ suffering.

With several mitigation options - including solar power and the electrification of urban systems - technically viable, getting cheaper and more popular, the report also sounds a note of caution about scaling up these solutions in a sustainable way. Large scale bioenergy or battery storage, for instance, could harm biodiversity if ramped up too quickly.

IPCC scenarios can underplay how much climate policies help us

The IPCC report is the clearest indication of where the world is headed, and what needs to happen to avert climate disaster.

But its database of climate scenarios are not forecasts, or predictions, and they also cannot capture the world in all its complexity. Humans act irrationally, often behaving in ways that don’t serve our health, wellbeing, budgets or other values. “By not allowing for this,” the researchers note, “current scenarios also leave no margin for welfare gains from policies that spur energy efficiency or nudge people towards healthier lifestyles.”

How do you assign value to human lives, animal lives, cultural and historical riches?

Clearly, weighing up the costs of action and inaction should not just happen in the economic sphere. There is so much that cannot be quantified in a numerical assessment of climate change. How do you assign value to human lives, animal lives, cultural and historical riches?

“We are at a crossroads. The decisions we make now can secure a liveable future. We have the tools and know-how required to limit warming,” says IPCC Chair Hoesung Lee, adding, “I am encouraged by climate action being taken in many countries.”

The new report sets out “viable, financially sound options in every sector that can keep the possibility of limiting warming to 1.5 degrees alive,” adds Guterres. Read more about the policies we need to invest in and campaign for in our summary here.