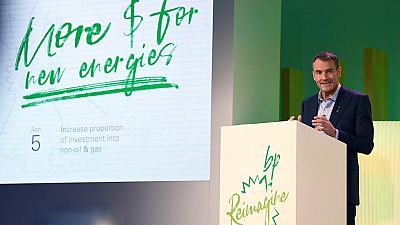 Oil company BP has unveiled plans to reinvent itself as an “Integrated Energy Company”. It is aiming to cut its production of fossil fuels, and invest in renewable energy sources to become a “net-zero emissions” operation by 2050.

John Sauven, executive director of Greenpeace, said in a statement that “for environmental campaigners, it’s simultaneously as if Christmas has come early, while at the same time – decades too late.”

“The good news is that BP will actually produce less oil and gas, and they’re making that change this decade. That is vital.” He added that the announcement was a change from the usual focus of offsetting from oil and aviation companies.

“BP has woken up to the fact that the next decade will be crucial to survival. For other oil companies like Shell this should be a rude awakening.”

So, what’s the plan?

A drop in fuel usage due to coronavirus led to the lowest oil prices seen in two decades while the appetite for wind, solar and other renewables grew. The announcement came as BP also reported billions in losses between April and July this year.

“Energy markets are fundamentally changing, shifting towards low carbon, driven by societal expectations, technology and changes in consumer preferences,” said Helge Lund, chairman of the BP’s board of directors.

“We are confident that the decisions we have taken and the strategy we are setting out today are right for BP, for our shareholders, and for wider society.”

The strategy announced earlier this week included a pledge to increase current investment in “low-carbon energy” to €4.2 billion a year out of a total budget of around €12.7 billion by 2030. Part of this investment will see the installation of 70,000 new electric vehicle charging points, though it was not stated where these would be.

The company’s capacity to produce energy from renewable sources will increase to 50GW in the next decade, up from the current figure of 2.5GW. That’s the same as the UK’s entire renewable energy production capacity.

BP also laid out plans to produce 40 per cent less oil and gas in the next decade which it is hoped will help it to cut carbon emissions by around a third. This cut in production would be the equivalent of at least one million fewer barrels of oil every day.

What do environmental campaigners think of BP’s change of heart?

The plans were praised by Greenpeace spokesperson Mel Evans who said that BP had “woken up to the immediate need to cut carbon emissions this decade”.

She said that “slashing oil and gas production and investing in renewable energy” was a move that needed to be copied by other oil companies to reach global climate targets.

Evans added, however, that while this was “a necessary and encouraging start”, BP needed to go further and “ditch its share in Russian oil company, Rosneft”.

Sauven also questioned BP’s 20% stake in Russia’s national oil company, which makes up a large part of its oil and gas production.

This stake in Rosneft accounts for a third of BP’s fossil fuel production and the figures for cuts in oil production do not include the Russian energy company. If factored into the numbers used for the 40 per cent claim, the reduction in oil and gas production is more like 30 per cent.

Kelly Trout, Senior Research Analyst for campaign group Oil Change International, said in order to meet the “critical 1.5-degree limit” for global warming, the company must go further than the announced plans. “BP must take responsibility for Rosneft, for all of the carbon it invests in extracting, to legitimately claim to achieve a 40% reduction by 2030.”

Sauven concludes that, with Russia unlikely to announce a climate plan any time soon, getting rid of this partnership would be essential to “achieve anything near what our climate needs”.

He also criticised the company for backing hydrogen fuel made from methane (rather than from water and renewable energy), unproven carbon capture technology, and biofuels that could lead to deforestation.