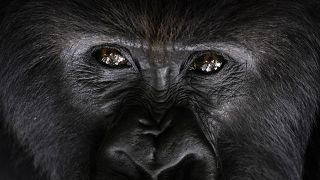 A region in northern Switzerland is set to vote on whether primates should be given the same basic rights as their human cousins.

The canton of Basel-Stadt will decide whether to amend its constitution so that the “mental and physical integrity” of primates is protected under the region’s law.

The referendum was triggered by the animal rights group Sentience, which gathered over 100,000 signatures needed to put the issue to a popular vote.

Once the quota was reached, canton and city authorities immediately appealed to Switzerland’s supreme court in an attempt to stop the referendum, saying it went against federal law.

But the complaint was dismissed in 2020 on the basis that cantons in Switzerland are allowed to go further in their protection than federal law does.

Fantastic news for nonhuman animal rights out of Switzerland. Our congrats and thanks to Charlotte and @SentienceNews for this huge win! https://t.co/uYZ85Ga7yl

Sentience, which has first launched the proposal in 2016, claims that this is the first time that people anywhere in the world will be able to vote on fundamental rights for non-human animals.

“Primates are renowned for their large brains, their complex social structures and their high capacity to suffer both physically and mentally,” says Sentience’s website.

“Primates are used for entertainment and research, but they have no means of self-determination and cannot defend themselves against attacks against their lifestyles.”

Will the vote to give primates human rights pass?

Basel-Stadt is home to one of Europe’s most famous zoos and around 150 primates live in the canton, according to Sentience.

But Basel Zoo is unlikely to be affected by the vote. According to Switzerland’s supreme court, the decision only involves primates owned by public bodies and not those kept by “directly private persons”- including the zoo.

Nonetheless, the zoo fears the impact of this vote. Board member Olivier Pagan tells AFP he fears that the ‘right to life’ granted to primates will make it extremely complicated to put an ape or monkey down to end their suffering when they are unwell.

“The scrutiny of their well-being and safety would no longer be the responsibility of experienced biologists, veterinarians and experienced caregivers, but of a mediator... or even unqualified lawyers," he says.

Another victory for animal rights activists could be achieved on Sunday, with Switzerland also set to vote in a referendum that will decide whether the country will become the first in the world to completely ban animal testing.

More than 550,000 animals died in laboratory tests in 2020 in the country, according to government statistics - including primates.

But observers think the referendum, whose result will be binding, is unlikely to pass.

Four referendums, one day: Which issues will Swiss settle this Sunday?