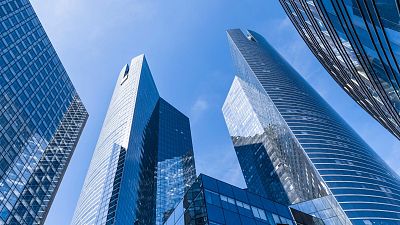 In a world first, New Zealand has a new law that forces its financial institutions to disclose the climate impact of its businesses.

Any bank with assets over NZ$1 billion (€620 million) will be required to follow the rule.

The policy is part of a strategy to reduce New Zealand’s emissions - which includes making its public sector carbon neutral by 2025.

Currently, most financial institutions in New Zealand don’t publicly reveal much information about their activities’ impact on the environment.

The hope is, if companies have to disclose their impact on the environment, it will encourage other organisations to take climate action more seriously.

“We have an opportunity to pave the way for other countries to make climate-related disclosures mandatory,” climate change minister James Shaw said.

“New Zealand is a world-leader in this area and the first country in the world to introduce mandatory climate-related reporting for the financial sector.”

Although New Zealand is claiming to be the first to force financial institutions to make disclosures like this, other countries have already taken similar steps.

Earlier this year, Switzerland joined France and the UK in beginning to implement similar disclosure rules on banks.

The G7 countries endorsed mandatory disclosures under recommendations made by the Task Force on Climate-related Financial Disclosures in June.

Following this endorsement, France was the first to implement the measures, requiring investors to declare how sustainable their assets are, with updates on their emissions goals every five years.

The UK has committed to similar disclosures by 2025.

Switzerland is getting involved now too, demanding that banks, insurers and companies with more than 500 employees and over 20 million francs (€18.74 million) in assets disclose their climate risk by 2022.

What can banks do to improve?

The Shariah-compliant bank is also taking steps to become carbon negative through methods including reducing business travel, use of an energy efficient building, and introducing a sustainable procurement policy.

“We know that our biggest environmental impact is connected to the activity we finance, which is why becoming operationally carbon neutral is just a first step for us,” says Charles Haresnape, CEO at Gatehouse Bank.

“Next in the pipeline are climate targets for our financed emissions. This kind of initiative strikes right at the heart of the ethical standards that underpin the Bank.”

Focusing on the sustainability of financial investments is crucial if a country wants to reduce the climate impact of its economy.

The Sustainable Banking and Finance Network (SBFN) is a voluntary community of financial sector regulatory agencies and banking associations that are committed to advancing sustainable finance.

The SBFN has pioneered regulatory guidelines to encourage banks to adopt more sustainable practices, like ensuring investments are in climate friendly and socially inclusive assets.