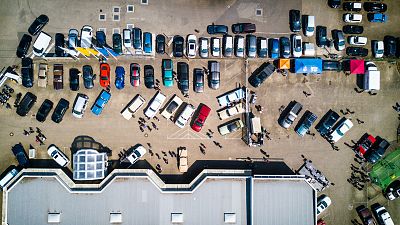 Used-car sellers in Europe are enjoying a boom in demand amid the global semiconductor shortage.

Prices rose 19 percent globally on an annual basis through August, according to the Atlanta, Georgia-based Manheim US Used Vehicle Value Index compiled by Cox Automotive.

In the last year, car prices in Denmark have gone up by 30 per cent.

“There are such long waits for new cars, so people are more interested in buying newer used cars. This also means that the mark for used cars is nearly cleared,” said İlyas Doğru, a consumer economist at the Federation of Danish Motorists.

The recent boom in used vehicles is a result of unprecedented demand due to extended waiting times for new cars to be delivered.

The  strong consumer demand is also visible by the faster speed at which retailers are selling cars.

“There are only three cars in the used car row. Usually, we have 25-30 used cars," said Bjarne Pape, CEO of Honda-Hyundai in Copenhagen.

In the UK, cars up to a year old are in some cases selling for more than they cost new, according to the Auto Trader report.

Life-saving drone delivers lungs to a patient just in time