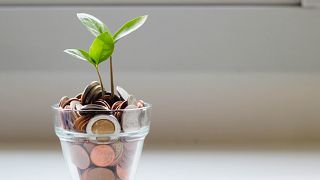 The self-proclaimed “leading ethical bank” in Europe is calling for customers to be more aware of where their money is going when they invest in a savings account. Founded in 1980 in the Netherlands, it has been in the UK for 25 years and aims to “democratise” the banking sphere. In response to the climate crisis, Triodos has launched a campaign called ‘Don’t be a fossil fool’ to raise awareness of the issue.

The results show six in ten of those surveyed acknowledge fossil fuels are damaging the planet, yet two thirds have no idea if their money is supporting fossil fuel production. UK customers could be unknowingly investing in the region of £16 billion in fossil fuels through their ISAs, says Triodos.

What’s more, “during a period of economic uncertainty, savers may well be rethinking how they invest and want to know whether they are banking with a brand that is giving back to the community,” states Rachel Springall, a Finance Expert at Moneyfacts.co.uk.

The ‘Don’t be a fossil fool’ campaign seeks to shine a light on the “chronic lack of transparency” in the sector, in regards to whether banks are investing in climate-damaging fuels, such as oil, gas or coal.

“The UK’s banks should be using the money saved or invested with them to protect the long-term interests of their customers in creating a sustainable future. They’re making fossil fools out of customers, by using their savings to fund fossil fuel projects [] in spite of a clear climate emergency,” said CEO of Triodos Bank UK, Bevis Watts.

It’s about “enabling customers to make informed choices”, said the CEO, emphasising that ethical banking is “equally – if not more – powerful” than switching energy supplier when it comes to “reversing climate breakdown”.

Interestingly enough, of the 2,000 surveyed by Triodos bank, investing in an ethical savings account did not rank high on the list of lifestyle changes they thought would make a difference to climate change. First on the list was to try to avoid single use plastic (64 per cent deemed this important), followed by avoiding fast fashion (42 per cent and switching to a green energy supplier (39 per cent). Investing money in an ethical bank came seventh, with only 26 per cent of people believing this was important.

For some, Triodos’ ethical model may not be sustainable financially, as the bank adds a surplus charge of £3 a month for use of current accounts. But despite this “unappealing” caveat, a Triodos spokesperson tells Euronews Living that the charge is “true to our values of transparency.” This highlights the real cost of running a current account, they point out, as “many banks cover the cost with high penalty charges and hidden fees. So it’s often the most financially vulnerable customers that pay the price.” The £3 a month goes towards services like online banking, ATM withdrawals and an eco-friendly contactless debit card.

Other ethical banks have not had as much luck as Triodos over the years. The Co-operative bank was the first in the UK to get the ethical label in 1992, with a focus on withholding investments from certain companies they deemed unethical or immoral. But by 2017 it was being put up for sale after a £1.5 billion financial black hole emerged and “lurid” stories were spread about the bank’s former chairman, Paul Flowers.

Even former chief executive Peter Marks admitted that its “reputation as an ethical bank has been damaged by PPI mis-selling” in a Treasury select committee in 2013.

As such, Triodos bank is one of the only remaining ethical banks in the UK, alongside competitors Ecology Building Society and Charity Bank. Charity Bank operates slightly differently, using savers' money to make loans to charities and social enterprises.

Other leading ethical banks around Europe include GLS (Gemeinschaftsbank für Leihen und Schenken), founded in Germany in 1974. Dutch ‘neobank’ Bunq allows you to link up your savings accounts to an app and have the freedom to choose where your money is invested. Rather than investing “in palm oil or gun manufacturing”, the company says, you can choose where to invest and subsequently “stop being an accessory to destroying our planet.”