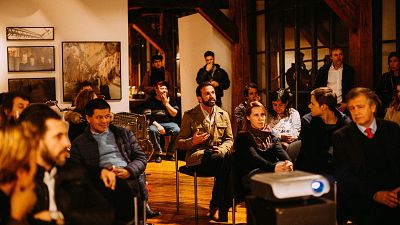 A set of four ‘citizen juries’ from across the United Kingdom are due to set out proposals on how to ‘localise’ climate solutions.

The groups were based in parts of Wales, Scotland, and Southern and Northern England, their main concern was that the cost of the transition to a green economy shouldn’t fall on low and middle-income families.

The “citizens juries” were organised by the think tank IPPR’s Environmental Justice Commission and will create reports which will be used to influence government policy in the future.

Tension between central government policy and reality on the ground is an issue when implementing climate policy.

Citizens groups are a great way to build a consensus and gauge perspectives on fair solutions within communities. For example, the jury in the North of England want old mine shafts to be repurposed for renewable energy and the Welsh jury expressed a desire for green jobs in the area.

“Next steps are going to have to be taken and will really affect people's lives. Some people will be affected more than others,” says Becca Massey-Chase, Co-Deputy Head of IPPR’s Environmental Justice Commission.

“You need people to be behind what needs to happen. You need to involve people.”

“It will create better answers and bring life experiences to the table, it will get you better more well-rounded perspectives,” she adds.

“Life experiences should be as valued as expert testimony. That conversation can ensure policies created are fair for people. It is going to be necessary if those changes can happen and they need to.”

“People want to be involved in decisions that affect their lives.”

Are citizen assemblies the future of green solutions?

Close in nature to IPPR’s citizen juries, Citizen Assemblies are larger but still represent a group of citizens who are there to discuss issues and listen to experts.

Citizen Assemblies were used in Ireland between 2016 - 2018 to discuss repealing the ban on abortion, referendums, and same-sex marriage among other issues. In 2017 in the United Kingdom Citizen’s Assemblies debated Brexit policy; and Scottish and Welsh Citizen Assemblies have considered the shape of their nations in the 21st century.

Climate change is a common topic for Citizens’ Assemblies to cover and they have been set up by President Macron in France, by the UK government and global assemblies to inform UN talks at COP26 are in the pipeline.

Both Irish assemblies which reached conclusions had their proposals put to referendums which affected change.Same-sex marriage and abortion are now legal in the Republic of Ireland.

On the other hand the French assembly, that was set up to diffuse tension between central government policy and experiences on the ground expressed by the Gilet Jaunes protestors, was less successful. It may not bode well for the IPPR’s groups which echo the same proposals.

President Macron rowed back on a promise to put their 149 proposals to cut emissions by 40 per cent to either a referendum or the French parliament."You can't say that just because 150 citizens wrote something, it's the Bible or the Koran," he said.

The effects of the assemblies, according to Becca Massey-Chase go beyond simple influencing of government policy. They can generate enthusiasm and engagement in communities with 52 out of 84 jurors saying they were more likely to take action on climate change at the end of the process.

“They are more likely to hold the decision makers to account as a consequence.”