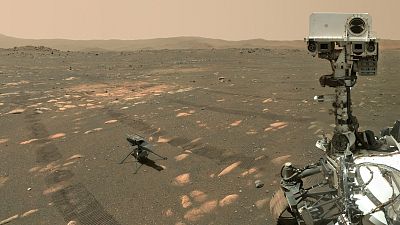 The latest in NASA’s multiple Mars experiments has steered the planet towards an exciting discovery.

Scientists working on the Mars Oxygen In-Situ Resource Utilization Experiment (MOXIE) have witnessed the first mechanised creation of oxygen in the planet’s history.

MOXIE is a powerful new tool used by NASA with the goal of finding the sparse levels of oxygen within the planet’s masses of CO2. Its mission has been in the works for several years, first touted by experts as a solution to the planet’s “major resource issue”.

The square metal device joined the Perseverance Rover last February and so far its findings have been promising.

What does MOXIE do?

The “toaster-size” mechanism sucks in the planet’s atmosphere and heats it to extreme temperatures of up to 800 degrees. Once all the air’s dust is filtered out, MOXIE strips the CO2 of its oxygen quantities, releasing the remaining carbon monoxide through a vent. With this comes the preservation of tiny new stores of oxygen.

“MOXIE has more work to do, but the results from this technology demonstration are full of promise as we move toward our goal of one day seeing humans on Mars.

“Oxygen isn’t just the stuff we breathe. Rocket propellant depends on oxygen, and future explorers will depend on producing propellant on Mars to make the trip home.”

The Red Planet’s atmosphere is famously toxic, containing over 95 per cent carbon dioxide that surrounds a cold, dry surface. It’s a common source of dispute against those that believe the planet is near-inhabitable by humans.

Currently, the amount of oxygen in the Red planet’s airspace amounts to less than 0.1 per cent, compared to Earth’s 21 per cent. Human exploration requires the transportation of oxygen in order to combat this, an onerous and expensive problem considering that oxygen is also used to fuel the rocket travel required.

Each kilogram is supplied down to the tiniest detail, making MOXIE a promising new direction in how NASA addresses this problem.

Prior to the invention of MOXIE, experts have considered using plasmas to break down and ignite the air’s CO2 content and converting the “briney liquid” that sits on Mars’ surface into oxygen and hydrogen.