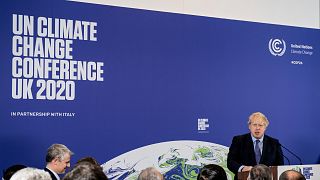 Rising cases of COVID-19 in some parts of the world could see COP26 climate talks scheduled for November postponed or radically changed, according to reports.

Two sources told Sky News that the international climate summit may have to be delayed for a second time due to signs the pandemic is getting worse in some countries. They reported that it may have to be pushed back to 2022.

However, a government spokesperson has said that they are not looking to postpone the summit.

“We are working on the basis of COP26 being held in person this November, while closely monitoring the COVID situation.”

“The summit team is working closely with all partners and exploring what different scenarios might mean for COP26 and how we plan for that, whilst putting the health of the participants and the local community first.”

COP26 President, Alok Sharma, told UK MPs in March that they were still hoping to hold the Glasgow climate talks face-to-face. But he added, “none of us can predict where we will be in eight months.”

Why was COP26 postponed the first time?

The climate conference was postponed in May 2020 due to COVID-19 but is due to take place in November this year.

It meant a 12-month delay on essential talks where world leaders are expected to address what has and hasn’t been achieved since the Paris Accord was signed. They are also set to discuss new goals for the future.

It will also be the first summit since the US left and then subsequently rejoined the international climate agreement. The pandemic has also refocused priorities for many governments with a major emphasis being put on ‘building back better” as countries look to rebuild their economies.

More than 20,000 people attended the last two summits which were held in Madrid and Poland. Glasgow is expected to play host to more than 30,000 people from more than 200 countries if the talks go ahead this year.

A decision on whether to move the date again would have to be made by the United Nations and the Scottish government, not the UK alone.