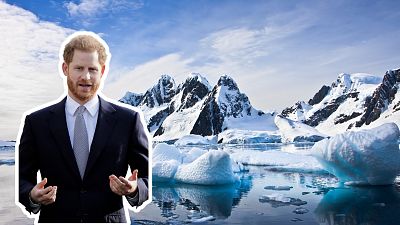 A new streaming platform dedicated to the future of our planet launches today.

WaterBear is being described as the Netflix for environmental documentaries and short films. The difference is, it’s free to use, with no ads, and has an interactive element.

The service works with 80 NGOs and over 200 projects, encouraging its viewers to take action as they peruse the films on offer. It aims to facilitate awareness, education and action, with original content inspired by the United Nations Sustainable Development Goals (SDGs).

You can even book sustainable travel through WaterBear’s travel partner, Intrepid.

Prince Harry appears in the first 9-minute film on the site, endorsing WaterBear for its active approach to streaming.

“For me it’s about putting the dos behind the says, and that is something that WaterBear is going to be doing: capitalising on a community of doers,” says the Prince. “There’s a lot of people that say, but this is about action.”

For me it’s about putting the dos behind the says.

Harry is the President of NGO African Parks. He was appointed in 2017 after visiting Africa and taking a personal interest in frontline conservation projects that work to protect natural heritage and support wildlife and local communities.

The Royal Family has spoken out about environmental issues in a number of ways over the last few years. In 2019, Prince Charles ventured into sustainable fashion, working with designers to create a line made out of nettles from his own garden.

From the giant data centres using billions of litres of water a year, to the CO₂ emitted by our emails, the impact our online activity has on our real-world carbon footprint is often surprising.

To combat this, platforms like Plantyflix have sprung onto the scene over the last few years. Subscription services like these allow users to offset their streaming footprint by donating money towards tree planting initiatives.

On the subject of streaming, we spoke to Aaron Matthews, head of industry sustainability at BAFTA and director of Albert. Albert is the leading authority on environmental sustainability for film + TV in the UK.

“Recent research by Climate Outreach shows that the public are almost universally concerned about climate change. Therefore, the next decade of climate communications isn’t going to be about sounding the alarm, more like connecting citizens to solutions,” he tells Euronews Living.

“WaterBear are filling a niche that is an integral part of the puzzle.”

So is WaterBear sustainable on the streaming front? The platform streams through Vimeo, which uses Akamai for its content delivery. Akamai has an impressive sustainability policy, using renewable energy wherever possible. WaterBear is also in the process of becoming certified by B Corp.

“There is always more we can do,” says Matthews. But he calls WaterBear’s plans “robust”, saying they are “rightly concentrating on our industry’s most important function - storytelling”.

'You're not alone': Prince Harry tells children of COVID-19 victims