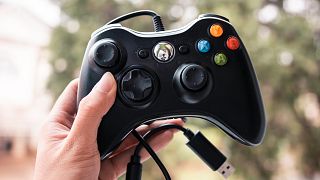 Since the 1980s, video games have become an increasingly important part of the entertainment industry. The first game of the 80s was Pac-Man, a simple concept involving a yellow, pie-shaped character who travels around a maze trying to eat dots and avoid ghosts. Pac-Man became a cultural icon and to this day remains one of the most popular video games in history.

Nowadays, action-adventure games like Grand Theft Auto and Fortnite dominate the market, alongside family-friendly racing games like Mario Kart and football franchise FIFA. But how sustainable is the gaming industry when it comes to its carbon footprint?

The gaming industry is now the sixth biggest in the world, and the second largest in Europe, worth £4.3 billion. But as you might expect, with that comes a substantial cost to the environment. A recent study, entitled Console Carbon Footprint, looked into the sustainability of games consoles and concluded that two damaging factors are at play. The first, the mass production of physical products which are shipped out to players across the globe, and the second, the lack of energy efficiency in consoles.

The study reveals that producing physical copies of games emits more than twenty times the CO2 emissions of digital downloads. So, according to their analysis, gamers can cut their carbon footprint by a staggering 95.6% by choosing to download a game rather than purchasing a boxed copy.

Why? Because a physical game emits 0.39kg of CO2e via manufacturing, while digital downloads only produce 0.017kg. The higher CO2e footprint of boxed games is down to the materials used in production, such as aluminum polycarbonate in the disc, polypropylene and polyethylene plastics in the case and glossy paper in the printed cover and leaflet.

In 2019, FIFA 20 revealed that 595,395kg of CO2e was produced as a result of manufacturing the plastic required for the boxed cases and coated discs. That’s the equivalent of as much energy used in 68 homes for a year.

To combat this, a handful of video game developers like Sega have introduced 100% recyclable packaging. The boxed games comes in cardboard sleeves and are printed using vegetable and water-based inks.

However, in recent years, consumers have been moving away from console-based or ‘shrink-wrap’ video games, in favour of online equivalents. As a result, an enormous multiplayer communication network has developed, meaning gamers can play against each other using a remote connection. The games industry saw a significant increase in digital downloads in 2019, which accounted for 83% of all game sales last year. In the UK, the physical sales of video games dropped to just under 20%, whilst digital sales grew generating £3.17 billion in revenue.

Read more | Would you eat the box your Football Manager comes in?

Will PlayStation 5 be the most energy efficient yet?

A substantial portion of consoles' energy use is determined by graphics processing. All games consoles possess a graphics processing unit (GPU), which creates the shiny, colourful graphics on screen. Consoles with larger GPUs are less energy efficient, meaning more carbon emissions are generated when playing on an hourly basis.

For instance, the study looks at the upcoming Xbox Series X, which is estimated to generate hourly emissions of 0.07kg/CO2e. In comparison, the PS5 will be more eco-friendly as it emits less, at 0.02kg of CO2 equivalent per hour. Equivalence wise, that’s the same as 9 smart phones being charged, as opposed to just 3.

In total, when converting the average power usage of each console into CO2 emissions, new PlayStation performs more efficiently than the Xbox. This means that, due to its 1.5x performance-per-watt GPU, the PlayStation 5 is set to be the most sustainable PlayStation of all time.

The reason energy efficiency is so important in video games, as opposed to streaming music or films for example, is that it can take players hours and hours to complete them. Assassins Creed Odyssey is the most energy wasteful game of all time, with an average completion time of 40 hours 24 mins, the research reveals. Grand Theft Auto V is just behind at 32 hours and 3 mins.

When it comes to sports gaming, Console Carbon Footprint reports that on average, FIFA 20 is played for 7 hours and 50 minutes on the PS4, which results in 0.266kg of CO2e. These emissions could drop to 0.172kg if played on the upcoming PS5 - representing a 35% smaller carbon footprint per player.

What is the future for green gaming?

In terms of digital gaming versus buying physical copies, not everyone agrees that downloading is more sustainable. Samuel Franklin, founder of Games Finder, told Euronews Living, "while some progress has been made in terms of efficiency on consoles and internet speed reducing the time required to download, I think the stats would still favour physical products for the environmentally conscious in 2019 - if the physical version has all the game content.”

This is due to the fact that, “regardless of digital or physical purchase players will often have to download a large day-one patch such as the recent Division 2 50GB.” Franklin concluded, “ultimately it is a rock and a hard place situation with neither option winning.”

The gaming console market is only growing and is anticipated to reach a total market size of €45.1 billion euros by 2023. In order to decrease overall energy consumption, various other alternatives are being discussed.

Dr Gianluca Balla, lecturer in Games Art at Brunel University London told Euronews Living, “I am aware of the possibility for the PS5 to suspend the gameplay (a sort of low-power standby mode) as another way to reduce the consumption of energy.”

He continued, “during such a phase, controllers can still be charged and software can be downloaded” but it is more energy efficient.

Another solution on the table could be Cloud Computing, a method which means computing resources would be available through virtualisation over the internet. “Cloud computing is a model for enabling a shared pool of computing resources on demand that can be rapidly released with minimal management effort,” writes Konstantinos Domdouzis’s chapter in ‘Green Information Technology: A Sustainable Approach.’

If cloud computing takes off, it would mean a simple screen or device could stream games from a single server. This would use considerably less energy than millions of individual consoles running at once and could therefore be the future of green gaming as we know it.