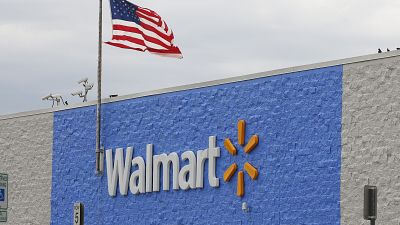 American retail corporation Walmart has announced that it is aiming for net-zero emissions by 2040. It hopes to do this on a global scale and without using carbon offsetting.

Walmart, the world's largest company by revenue, wants to power its facilities with 100 per cent renewable energy by 2035. It is also converting its vehicle fleet to electric and switching to low-impact refrigerants for cooling and electrified equipment for heating.

It made the announcement at Climate Week 2020, held this month in New York. It was the year's biggest climate summit and run in coordination with the United Nations.

Other companies present were PepsiCo, Intel, and Sanofi, who all share a target of reaching 100 per cent renewable energy. Microsoft pledged to become water positive by 2030 - the tech giant will aim to replenish more water than it uses across water-stressed basins.

Morgan Stanley committed to reaching net-zero financed emissions by 2050 and to remove its capital from industries and activities that produce greenhouse gas emissions.

The stakes are high as climate change could lead to shrinking GDPs for more than two-thirds of the global population, according to a report by Stanford University.

"It is now rapidly becoming a comprehensive catastrophe that will dwarf the impact of the coronavirus pandemic," said Prince Charles in his opening speech, delivered virtually from Balmoral.

The organisers of the climate summit have noticed some positive change coming from businesses. "We work with a lot of multinational businesses. We surveyed them back in May or June, and asked them what they thought about the climate in the light of the pandemic," Helen Clarkson, CEO of Climate Group, told Euronews Living.