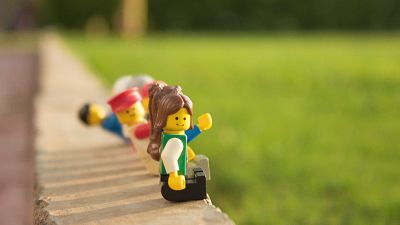 Sustainability is one of the biggest trends of the year for toys, according to experts. Giant companies such as Mattel, Hasbro, and LEGO have hurried to announce big changes at the recent Toy Fair New York to improve their green credentials. At the same time, smaller and newer companies are avoiding bad habits altogether by producing environmentally-conscious toys right out of the gate.

"Companies are trying to be more environmentally conscious with their products, whether it's using their packaging that has less plastic or making sure that their packaging is part of the toy," says Maddie Michalik, Senior Editor for Toy Insider, an influential industry magazine to AP. "I mean, it's really taking over the industry and we're going to see a lot more of it this year," Michalik adds.

We are yet to see these big changes, however. Professor Tensie Whelan former head of the Rainforest Alliance and currently director of the NYU Stern Center for Sustainable Business points out that a focus on sustainability practices in the toy industry is long overdue.

"We've got 60 million kids under 14 in the United States. We've got 90 per cent of toys made of plastic. We have chemical issues, waste disposal issues, social supply chain issues. So, a lot of things that need to be addressed," says Professor Whelan.

Making toys for the current generation of children requires a very different approach than some 10 years ago as the so-called Generation Alpha (children born from 2010 to 2025) is far more eco-conscious than the previous one. A 2019 report from Wunderman Thompson Commerce finds that 63 per cent of this generation would like to work somewhere helping to save the planet when they grow up.

For its 75th Anniversary, Mattel, the company behind Barbie, Fisher-Price and numerous other popular toy lines, has made serious commitments to sustainability.

Spokesperson Scott Shaffstall tells AP about several product lines the company has introduced, including Mega Blocks derived from bio-based resins as well as a version of the traditional Fisher-Price Rock-A-Stack made of bio-based sugar cane plastic.

He also claims that Mattel is making its packaging more environmentally friendly by using 93 per cent recycled materials. Though, Ms Whelan says, "you'd have to be looking at waste, carbon emissions, water emissions, the product themselves, what their supply chain partners are doing. And none of that is very transparent."

Another giant on the market, LEGO, plans to make 100 per cent of its packaging sustainable by 2025 and uses plant-based plastic for certain products, notably in the LEGO Treehouse set. The plastic alternative made of sugar-cane, however, cannot guarantee at this point that it will last for many generations of play.

"Our long term goal is to create a zero-impact product," says Tim Brooks Vice President, Corporate Responsibility at LEGO Group to AFP. "The number one question we get people asking us is: "how do I recycle my LEGO bricks?" and we say "stop, we don’t want you to recycle, we want you to reuse them," says Brooks.

Five years ago, the Danish toy company invested in a new Sustainable Materials Center, which has been working on materials for packaging and producing bricks. It is helping to meet the company's goal of making all core LEGO products from sustainable materials by 2030.

Hasbro announced just last year that it is going to phase out plastic packaging on its products by 2022. Its current sustainability goals include 25 per cent reduction in energy consumption, halving the waste to landfill and reducing the greenhouse gas emissions by one fifth as well as reducing water consumption by 15 per cent 2025.

Smaller, younger companies such as BiOBUDDi claim to avoid traditional plastics right from the start. Prompted by his daughter's concerns about the environment, Steven van Bommel set up the company to produce toys, inventing a new kind of biobased materials to avoid the damage of fossil fuel-based production methods. Others are tackling waste by reusing materials, like Green Toys which states that its products are 100 per cent recycled. Choices for eco-minded parents can include wooden and second-hand toys too, as supermodel Arizona Muse told Euronews Living previously.

It is not only about the material or the packaging, but also helping children to make the most of what they already have; "teaching kids that they should be playing with toys that are not throwaway after a couple of uses is really critical," Professor Whelan says.

Five stories you may have missed due to the coronavirus pandemic