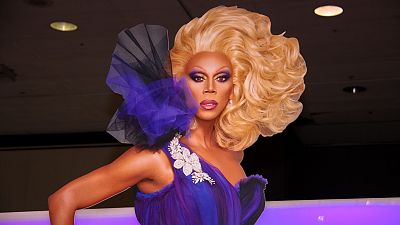 Life is continuing for many despite mass hysteria as the coronavirus takes hold across Europe. It means some things that would usually be big news have taken a backseat.

Here's the lowdown on what's new in nature and environment news this week.

Scandal in drag as Rupaul reveals fracking on his property

Reports that drag legend RuPaul has a fracking empire on his Wyoming ranch sent eco Twitter into meltdown this week.

The star, perhaps one of the world’s most well-known LGBT icons, appeared to make the admission during an interview on US TV. His fortune, amassed over a 30-year career including hit TV shows such as Netflix’s AJ and The Queen as well Rupaul’s Drag Race, which spawned a host of spin offs, is estimated at upwards of €55m.

In the controversial interview, Rupaul Charles conceded that he and his husband “lease the mineral rights to oil companies and you sell water to oil companies” across their ranch, which spans 60,000 acres across Wyoming and into South Dakota. Internet sleuths were quick to pick up on his words, finding that the land was littered with ‘oil and gas wells’ according to Fractracker.

Rupaul’s representatives are yet to respond to requests for comment. You can read more on the story here.

What can we learn from the animal that doesn’t need oxygen to survive?

Scientists have just discovered a creature that lives its entire life without taking a breath. In fact, the ocean-dweller has no need for oxygen at all and it's the first time such a being has been discovered on Earth.

The parasite, called H. salminicola, is commonly found on salmon but is related to jellyfish, coral and anemones. That means it is a much more complex species than the single cell organisms currently known to have adapted to live without oxygen.

The researchers who made the discovery called it an “opportunity for understanding the evolutionary transition”, while others hailed the findings critical in furthering human’s understanding of life on this planet.

The only hiccup is that scientists don’t yet understand exactly how these jellyfish-like beings survive without oxygen. Some have suggested it might leech crucial energy-carrying molecules from the host animal, that it wouldn’t be able to produce on its own without oxygen.

Some good news for anyone that hates litter

McDonald’s is set to ditch plastic toys from its Happy Meals in the UK and Ireland. From March 2021, all its Happy Meals will contain books, paper toys or soft toys after years of campaigning by environmental activists.

In a set of groundbreaking moves, the fast food giant is putting a plan into action to phase out plastic toys as much as possible ahead of the total ban starting this month. From March, plastic packaging will be removed from Happy Meal toys and replaced with paper-based packaging.

Then, from May, McDonald’s UK&I staff will give customers the choice between a toy or book for every Happy Meal sold. At this time, the restaurant will also start taking back unwanted plastic toys from its Happy Meals and other brands. The collected toys will be recycled by a third party and used to manufacture play equipment for Ronald McDonald House charities.