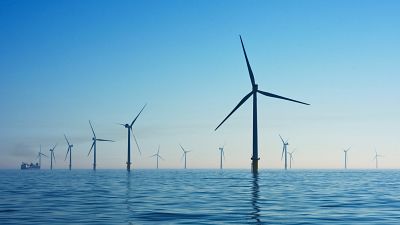 As businesses shut down and many work from home around the world, electricity demand has reduced in COVID-19 hotspots. This could have a knock-on effect for the renewable sector.

China, where the outbreak first took hold, is the world’s biggest electricity consumer. Output from factories has been substantially diminished with many unable to return to their jobs in manufacturing. Due to the curtailing of industrial electricity use, cuts in energy consumption for 2020 could be equivalent to the power used by the whole of Chile, according to IHS Markit.

In Europe, peak power consumption has also gone down. Italy, Spain, and the UK have all seen an average 10 per cent drop in energy usage with bars, restaurants, offices and factories, which remain closed as social distancing measures continue.

In particular, fossil fuel based sources of electricity have been impacted by reduced requirements. Coal, usually one of the cheapest options, has now become the most expensive fuel in the world in the face of cheap green alternatives and natural gas, according to Bloomberg Green.

Paving the way for a green future?

Renewable energy sources seem to have been given an unexpected boost. Around 40 per cent of the electricity generated in the UK on Sunday 5th March came from wind farms, with nearly a fifth being provided by solar energy. This was due to the unusually sunny day, says the National Grid ESO carbon intensity tracker.

These conditions have meant that renewable sources generated more than enough energy to cover the country’s reduced needs. Green supplier, Octopus Energy, even paid some customers to use energy during the day, using a scheme that has previously only been available during the night when demand is very low.

“In most economies that have taken strong confinement measures in response to the coronavirus – and for which we have available data – electricity demand has declined by around 15%, largely as a result of factories and businesses halting operations,” Dr Fatih Birol, Executive Director of the International Energy Agency wrote in a blog post.

“In this way, the recent drop in electricity demand fast-forwarded some power systems 10 years into the future, suddenly giving them levels of wind and solar power they wouldn’t have had otherwise without another decade of investment in renewables.”

He went on to explain that this increase in renewable energy usage could even help some countries figure out how to deal with the drop in power that comes from the sun setting or a strong wind dying down. Previously, these kinds of fluctuating energy sources have proved challenging for those who work to keep our lights on. Managing them more intelligently by shutting off solar panels at midday when there is more electricity than usual and slowing down wind power as demand decreases at night are just some options Dr Birol suggests.

These new findings have also put the spotlight on more reliable and often neglected sources of green energy, like hydropower, which are essential to making sure we have a consistent supply of energy. In exceptional situations like the current pandemic, where a fluctuation in energy supply could put lives and employment at even greater risk, this is particularly important.