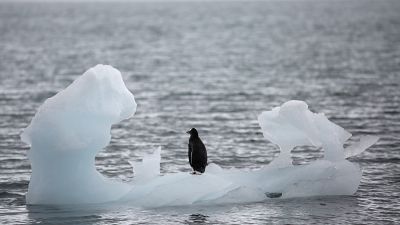 Over 800 films from 91 countries were made to raise awareness of climate issues, with films focusing on plastic waste, deforestation, air pollution and other environmental problems.

The film contest has kept its unique format: "one mobile, one minute, one film", said the founder of the festival, Bruno Smadja at the festival's awards ceremony in Paris on Tuesday.

The Mobile Film Festival awarded € 46,000 of grants. The International Grand Prize was given to the team behind the film, Wallet. The drama shows a family paying for a taxi with water as it has become such a scarce resource. Another winner is Vacation a comedic short about a plastic bottle's trip to the Pacific Ocean.

The team behind Scream, which won the French Grand Prize, said they made their shoot as eco-friendly as possible, using electric cars, eating local food and participating in a beach clean-up during filming.

The organisers of the Mobile Film Festival hope these one-minute films from around the world will make citizens, political and economic decision-makers act.

The ceremony took place as the COP25 climate conference got underway in Madrid, where the UN has just released its first-ever report on the impact of climate change on human health. They emphasized that pollution caused by climate change is having a devastating impact on human health. The report highlighted other health challenges like floods, forest fires and droughts linked to global warming, and it stresses that air quality is a number one concern.

Hit play the video above to learn more about these short films.