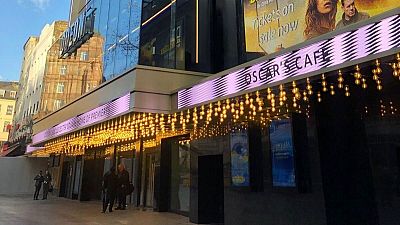 London Film Festival season has rolled round once again. Hot on the heels of the Raindance Festival, it is set to celebrate the very best of international cinema.

The British Film Institute’s LFF has attracted a range of smaller festivals to host events in London during the September and October, including the first American Black Film Festival held in the UK and the London East Asia Film Festival, all intended to put the spotlight on talent in minority groups.

The American Black Film Festival’s mission is to empower black artists and showcasing quality film and television by and about people of African descent.

Meanwhile, there will be a host of red carpet events, previews, premieres and galas taking place throughout London’s home of film, Piccadilly Circus and Leicester Square. The new Odeon Luxe will form a key part of the festival’s events, hosting galas and screenings

It will also run film workshops for those aspiring to learn more about the film industry, featuring stars including Robert De Niro, Michael B Jordan and William Nicholson, who will be talking about their experience in filmmaking as well as their upcoming projects.

In celebration, restaurants and bars around the capital will be offering limited edition themed menus and discounts to ticket holders.

Head to the website to find the event for you.

Watch: Frieze opens 'most international edition yet' in face of Brexit