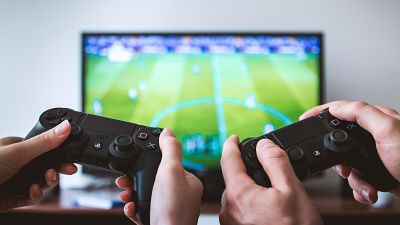 Popular video game Football Manager has announced the new 2020 edition will be made from "the most environmentally friendly packaging” yet.

For those who don’t know, Football Manager is a PC compatible game series made by SEGA. It’s been called the series that “changed the game” as many report it uses data “so accurate it’s used by clubs to rate players and tactics.” This week, the multinational video game developer SEGA announced that Football Manager 2020 will now come in paper-based, vegan packaging, which technically would be good enough to eat.

Once you remove the disc and shrink wrap from the packaging, the sleeve is made from recycled gatefold cardboard that consists of 100% recycled fibres. Previously, the game would have arrived in a plastic box. Even the wrapping print uses vegetable and water-based ink, and is therefore vegan. But that’s not all, Football Manager players can now enjoy a gaming manual printed on recycled paper, as the company strive to reduce its environmental footprint and take a stand against climate change.

The eco-friendly news comes in the run-up to the long awaited launch of the new FIFA 2020 simulation video game, to be released on 27th September. The ‘Play First EA Access’ trial has gone virial since going live this morning, with reviews flooding the internet.

What is Football Manager?

Football Manager is a simulation game with the tagline, "Everyone's got an opinion. Do something with yours." With the 2019 edition selling over two million copies since its launch, the 2020 version is set to be a big hit. How do you play?

Players take on the role of football manager in a professional football club, where their responsibilities include selecting a team for matches, motivating and instructing players on the pitch and planning a strategy.

How is Twitter reacting to the Football Manager 2020 launch?

The meme game is strong with players commenting on the beauty of the "statistical analysis" of Football Manager.

Fans are posting #throwbacks to older versions of Football Manager. The game used to be called Championship Manager when it launched...

It's not just the eco-friendly packaging that's stirring up excitement. People 'can't wait' to start playing the new 2020 version.

Football Manager itself posted this rousing meme to get supporters pumped for the 'headline features dropping today'.

The hardcore fans who have been playing Football Manager since the dawn of time are not missing out on the action either.

It seems the environmentally themed announcement is spreading, as fan accounts tweet the positive news, calling it a move that could "save up to 20 tonnes of plastic, based on sales expectations."