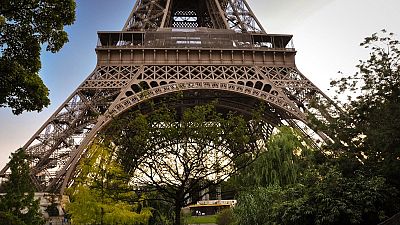 As part of a new strategy to address the reality of our climate crisis, the mayor of Paris has announced the building of ‘urban forests’ around the city. Paris Mayor Anne Hidalgo has already set the project in motion, projecting that the forests will be built over the course of 2020. The plan is to encourage pedestrians to spend more time in nature and to reap the environmental benefits from the greenery, such as reduced air pollution in the atmosphere.

Parisians are known to complain about the lack of green space in the capital, as there is very little compared to other major European cities such as London or Milan. The eco ‘urban forests’ should serve as relaxing spaces for city dwellers to retreat to amidst a busy day at work. As Hidalgo’s assistant Célia Blauel puts it, “more nature, less concrete...".

Where will the urban forests crop up?

Four main locations are expected to become a little greener by 2020, having been chosen for their symbolic relevance. The forests will appear in the following places: above the car parks at l’Hôtel de Ville and Gare de Lyon, behind the Palais Garnier opera house and along two pedestrian lanes on the Right Bank of the River Seine.

Some smaller sites will be used too, such as Rue Louis-Blanc in the 10th arrondissement and Boulevard Pasteur in the 15th.

After the mayor said publicly, “we must act today to avoid not being able to live in this city in the future,” plans are steaming ahead to address the problem of Paris’ ‘heat island effect.’ By introducing soil into urban locations, the city’s architectural heritage is being changed for the better, so that by 2030, 50% of the city may feasibly be covered by parkland and green roofs.

As the plans currently stand, Hôtel de Ville will see a new pine grove take form, whilst the Garnier opera house will be immersed in cherry blossom trees. Other areas are set to become woodland gardens, or simply grassy areas with shrubs.

What are the benefits?

‘Urban forests’ and vertical farms are appearing all over the world in cities and industrial areas, in an attempt to combat the climate emergency. They are documented as having many social and economic benefits such as decreasing stress levels and promoting mental well-being, increasing property values in the area and most importantly, the various ways they help the environment.

The renderings make Paris look fresh, green and rejuvenated – we look forward to the plans making headway at the end of this year.