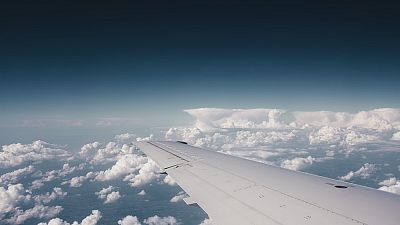 Electric vehicles are taking off as alternatives to cars with internal combustion engines, but what about electric flight? The idea has been around a long time, but it’s only recently that major strides have been made.

Helicopter maker Sikorsky was one of the first to show the way with its Firefly, which was a modified S-300C small helicopter. With two lithium batteries, it was claimed it would offer 15 minutes of flight endurance. However, it remained a prototype and didn’t ever fly.

This hasn’t put off others, however. Especially not Martine Rothblatt, a serial entrepreneur and the driving force behind an EV version of the Robinson R44. When Rothblatt first floated the idea of an electric helicopter, nobody took her seriously, yet she has pushed the project through and it set world records for the longest duration and highest altitude in the air for an electric helicopter at 22 minutes and 800-feet respectively.

Even so, the future for EVTOL (electrically-powered vertical take-off and landing) more likely lies with craft closer in looks to a drone. A helicopter with an internal combustion engine uses a single rotor and that requires a lot of torque to get it spinning and keep it that way to create the necessary lift to raise it into the air. With a drone style EVTOL, smaller motors are less draining on a battery, so craft like Workhorse Group’s SureFly can stay in the air for longer on the same charge as EVTOL’s with a single rotor.

Multiple rotors also mean the helicopter is more stable during take-off, landings and flight. Also, if one motor fails, there are others to maintain flight, though even with a single rotor an EVTOL will autorotate in the same way as another helicopter to allow it to safely land.

There is a concern too about electric aircraft running out of power if they are forced to circle rather than landing as scheduled. However, this is no different to any other helicopter or plane, the only difference being electric aircraft have much shorter durations at present.

The fastest electric plane yet built

Turning from helicopters to planes, there has been a lot of development in this area and several companies say they are close to offering commercial machines and flights. Among these are Rolls-Royce that promises to deliver the fastest electric plane yet built. Its zero emissions aircraft will have a top speed of 300mph, comfortably exceeding the 210mph set by Siemens in 2017. The Rolls plane will also be able to fly for up to 200 miles on a single charge, which means it has a useful range compared to many early prototype battery-powered planes with short durations and ranges.

Related | From Amsterdam to Sydney on electricity

Just as crucial to the success of this sort of plane as its speed and range will be the recharging ability. There’s little point being able to fly 200 miles in less than an hour but have to wait a long time for the battery to charge up to get you home. At present, rapid chargers similar to those for EV cars will be able to top up the battery in half an hour to 80% of its maximum capacity, with a full charge taking as much as eight hours depending on the type of charge point used.

However, the incentive to come up with an electric plane and quicker charging times is huge as Heathrow Airport has said it will waive the first year’s landing fees for the first regular hybrid-electric aircraft to go into service there. That’s a prize worth around £1 million.

Little wonder that may airlines are also working on electric plane projects and they include Easyjet, which has been developing a two-seater with Wright Electric. While this may not have commercial use in itself, the technology does and Easyjet has applied for patents for a motor that could be used in larger aircraft. These two are also collaborating on a passenger plane that will carry between 120 and 186 passengers on routes of up to 335 miles. That might be short by most standards, but it would be enough for a London to Paris flight.

Related | What you need to know about the electric supercar

At the other end of the scale, Pipistrel Alpha Electro is already up and flying with a 60-kilowatt motor and an hour-long duration. As this aircraft is aimed at the learner market, it’s relatively short flying time is not an issue, though the £100,000 price might be for some fliers.

Regardless of size or type, electric aircraft have the same advantages and drawbacks as EV cars. The problems still to be overcome are range and the speed of recharging. Yet the benefits are instant power from the electric motor and much quieter running, which is a major issue in the aviation industry. Electric aircraft could be as important as the arrival of the jet engine and coming to an airport near you soon.