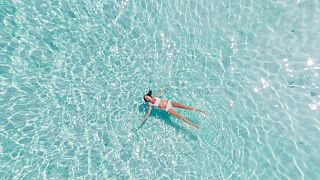 The wellness-related trends, products and tech that caught our eye this month.

Floatation Therapy: float your cares away

New floatation tanks are popping up across London, offering frazzled folk the chance to submerge themselves in watery pods to switch off and gain serenity. Launched in April 2019, fitness club 3Tribes’ Borough venue has three float tanks, while floatation therapy centre Floatworks is set to open branches in Vauxhall and Angel in June 2019.

While the idea of being suspended in an enclosed bubble slowly filling with salty water may fill some with dread, it’s worth powering through the initial claustrophobia. The therapy is said to fast-track relaxation and a 2018 study proves that an hour session can significantly reduce stress, muscle pain and depression.

Holistic lifestyle retreat The Ranch is taking its elite seven-day wellness programme – developed on a working ranch in California’s Santa Monica Mountains – abroad to Europe. From August to October 2019, 22 guests will be able to experience the Italian version of its total mind-body reset at the Hotel & Spa Rosa Alpina, a secluded bolthole nestled among the stunning Dolomites mountain range.

Each day, expect eight hours of low-impact calorie-busting activities like hiking and yoga, all done against the backdrop of the UNESCO Natural World Heritage Site’s soul-lifting views. Fitness sessions are balanced with restorative massage, afternoon naps and delicious vegan meals made with local ingredients.

Prince Harry and Oprah Winfrey are set to co-create and produce a docuseries focused on mental health for Apple’s upcoming streaming service, Apple TV+. The pair have been secretly working on the project for several months, according to an announcement on SussexRoyal, the Prince's official Instagram account. The series "will focus on both mental illness and mental wellness, inspiring viewers to have an honest conversation about the challenges each of us faces, and how to equip ourselves with the tools to not simply survive, but to thrive," says the post. It’s set to debut in 2020.

In a world of fake news, political disarray and financial uncertainty, it’s little wonder we’re all turning to the cosmic realm for a sense of comfort. Today’s modern spirituality seekers rely on tarot readings, moon-charged crystals and knowing when mercury is in retrograde to make sense of the chaos.

So new astrology app Sanctuary couldn’t have arrived at a better time. It offers live readings from experts rather than algorithms, and lets you send any question to one of thirty professional astrologers across Europe and the US. Within minutes, you’ll receive a simple answer providing guidance and support. It’s like having your own personal astrologer on speed dial.

A new trial initiative announced by NHS England hopes to encourage more young women to take a smear test. From September 2019, the national health service will send out 22 000 self-sampling kits that can be used comfortably at home and returned by mail. The home-testing project is a response to take-up of cervical screening falling to a 21-year low, and targets young women missing appointments because they feel self-conscious.

The kits test for HPV (human papillomavirus), the virus that causes 99% of cervical cancer cases. If the trial is successful, it could be a game-changer in curbing the disease among young woman in the country.