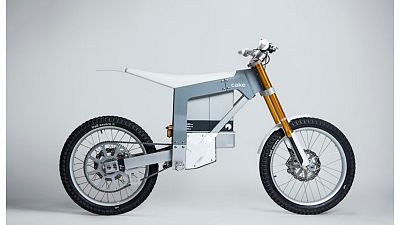 "Electric Revolution" - says the board at the entrance of the first ever electric motorcycle exhibition, held in Los Angeles, California. Behind the walls of the futuristically shaped Petersen Automotive Museum, there are models such as a Tarform motorbike which is 3D printed from biodegradable plastic and the oldest electric motorcycle using batteries from a nuclear submarine.

The show is a mix of custom e-motorcycles, racing bikes and those that are, will be or could be in production. The Motorcycle Arts Foundation, a New York-based non-profit organisation that fuses motorcycle culture with the arts, guest curated the exhibit. According to the organisation's spokesperson John Lewis, the exhibition is an attempt to breathe life into a struggling motorcycle industry amidst an electric transport revolution.

Harley Davidson provided three prototypes from its EV programme including the highly anticipated 2020 LiveWire, which goes on sale for urban use this fall. "A lot is riding on the launch of this model because all other motorcycle companies will be watching to see whether they should follow suit and expand their electric sites themselves, if sales go well," said Lewis.

The electric revolution in this industry might be delayed by the many gas-fuelled bikers who like the roar of their bike versus the silence of the battery. "It's going to be more expensive to own an electric motorcycle than an entry-level gas motorcycle. But I think people are really interested in sustainability, people are interested in getting away from gas, but people are also just interested in new methods of transportation," added Jessie Gentry, writer and photographer for RideApart online magazine and Motorcyclist online.

Click on the video above to see the various models exhibited on the show.