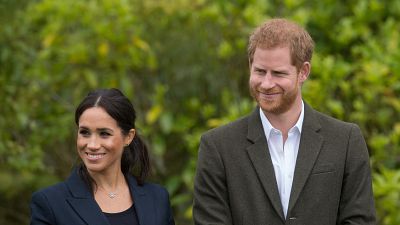 It turns out, the Duke of Sussex is an amazing photographer. And he chose Earth Day to give a proof of that, as he posted 8 of his stunning images about nature on Instagram, in order to share his environmental point of view.

"Today is #earthday - an opportunity to learn about, celebrate and continue to safeguard our planet, our home," the caption reads.

From critically endangered species to plastic pollution, the selection provides an overview of today's most pressing environmental issues.

Prince Harry's commitment to protecting the environment is already widely known. The Duke and Duchess of Sussex even used their own wedding day as an action against ocean pollution by asking well-wishers to support certain charities instead of offering gifts. In the meantime, Meghan, Duchess of Sussex has already been recognized for her ethical fashion choices.

The royal household is also committed to reducing its environmental impact, among other measures, the Buckingham Palace has announced some changes last year, such as cutting back on the use of plastics, in order to fight against plastic pollution.

Click on the video above to see the photos taken by Prince Harry.