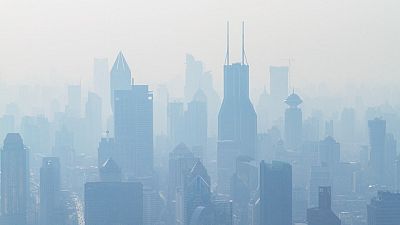 The humble bicycle is a popular way to get around for city dwellers around the world and the greenest mode of transportation thanks to the fact that it doesn't spew any emissions.

A Rotterdam-based innovator has invented a bicycle whose green credentials go a notch further. The innovative Smog Free Bicycle has a dual function: not only does it offer transport on two wheels and ease traffic congestion, it also cleans polluted air.

Through a device mounted on the handlebars, polluted city air is drawn in through vacuum suction while the bicycle is in motion. As the air passes through a filter, it's cleaned of harmful particles and purified, literally giving the cyclist a breath of fresh air.

The brainchild of this nifty green technology is Daan Roosegaarde, a Dutch artist and designer who explores the intersection between technology, people and space. At the same time, he seeks to give everyday citizens tools to make a small but significant difference to their local environment, empowering them to be part of the solution to issues like pollution.

“My mission is to improve the world around us,” Roosegaarde told us. “I use design and science to create an impact and improve city life. I'm also on a mission for clean air. My idea of design is to show the potential beauty of a new world with clean air, water and energy.”

The World Health Organisation estimates that air pollution causes the loss of seven million lives globally each year. Meanwhile, figures by the World Bank reveal that this costs nearly 225 billion USD to the world economy.

The Smog Free Bicycle was first launched as a prototype in June 2017 at the World Economic Forum in Dalian, China, in partnership with Ofo, China's biggest bike sharing service.

“The next step is to launch 300 smog free bicycles,” said Roosegaarde. “I prefer to have it be part of a bicycle-sharing programme because this has added value and makes the biggest impact. This is also a way to celebrate the bicycle and fight against the car while bringing back a sustainable lifestyle.”

Roosegaarde often takes his inspiration from nature for his innovative eco-friendly projects. The Smog Free Bicycle was inspired by the manta ray, the large flat fish which has a unique filter system of pores that acts as a sieve for the plankton it feeds on, while expelling the purified seawater through its gills.

This two-wheeled smog-fighter is only one of the innovations that's part of Roosegaarde's Smog Free Project. The idea behind the project is to find creative ways to purify urban spaces of polluted air.

In 2016, he set up his Smog Free Tower, a smog 'vacuum cleaner' in a public park in Tianjin, China which he calls the 'world's largest air purifier'. This seven-metre-tall tower is the first of its kind: it purifies 30,000 cubic metres of air an hour, releasing the clean air back into the city. And it works: a study by the Eindhoven University of Technology confirmed that the tower removes up to 70 per cent of harmful particles in the air.

From the filtered smog which is collected from the tower and transformed into dust particles, Roosegaarde has created the Smog Free Ring. The purchase of this ring represents a donation of 1000 cubic metres of clean air and is a strong eco-friendly statement that many couples find attractive, judging by its popularity as an engagement ring.

Soon cyclists in Europe will be able to take the Smog Free Bicycle for a spin in their own cities. “There's interest in cities like London, Paris and Luxembourg City where we're looking at introducing the Smog Free Bicycle as part of bicycle-sharing programmes,” revealed Roosegaarde. “We also have ideas for incentives, for example, if you cycle 1000 km with the smog-free bicycle, you can earn a smog-free ring. It's a way to create a community and introduces an element of incentive.”

“When we talk about the economy, we talk about money and time but the new economy is all about air, water and energy,” he added. “We have to put green values back on the agenda.” Thanks to new green innovations like the Smog Free Bicycle, citizens around the world will be breathing easier while pedalling towards a cleaner future.