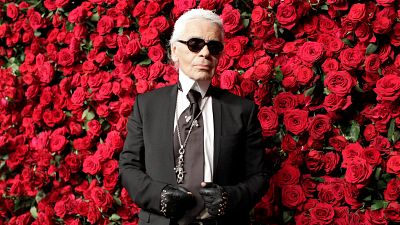 The fashion world is mourning after Chanel's iconic designer, Karl Lagerfeld has died.

The German creative director, fashion designer, artist, photographer and caricaturist left behind an extensive legacy. One of his biggest achievements was to give a new life to Chanel in the '80s.

"What he did was the framework of Chanel which were all these iconic flourishes and motifs, the tweed, the pearls, the chainlink bags. All of those kinds of things. What he did was he made them modern. So he made them sought after in a way that people were like, 'I need that new bag' or 'I need that new shoe,'" said Sharon Kanter, Deputy Style Director at People Magazine.

Kanter says Lagerfeld also made an impact on other fashion designers who are paying tribute since the news broke of his death.

Chanel has already named a successor for Lagerfeld. His longtime collaborator, Virginie Viard, will take the reins. Kanter says Fendi has not revealed its plans but the brand issued a statement that it is "immensely affected" by the death of its long-time creative director , who joined the fashion house in 1965.

Click on the video above to learn more about the iconic designer's legacy and what he thought about himself.

'I am very much down-to-earth. Just not this earth': Lagerfeld's wit